How Music Works: Is it possible to teach rock’n’roll?

Niall Byrne talks to Irish people who make a living in the music industry. This week, Dara Kilkenny of the British and Irish Modern Music Institute in Dublin 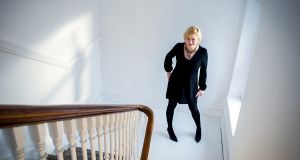 Dara Kilkenny of the British and Irish Modern Music Institute in Dublin: “It’s important to be creative and an artist, but you also need to eat and have a roof over your head.” Photograph: Ruth Medjber

The inner-city community of the Liberties’ in Dublin 8 has been sharing its streets, shops and flats with art students ever since NCAD set up in Thomas St back in 1980. Recently, a different type of student, generally with an instrument in hand, has been just as visible.

Since opening on Francis St four years ago, the British and Irish Modern Music Institute (BIMM) has seen 120 students graduate with a practical, creative and academic modern music degree with an emphasis on performance. The college employs teachers drawn from the current industry as opposed to those who have exhausted their careers in it. Its students are typically interested in rock, alternative and pop, and the courses provide a practical understanding in production, songwriting and the industry.

“Perhaps some people muttered a bit about the old cliché that you can’t teach rock’n’roll,” says Principal Dara Kilkenny the woman tasked with setting up the Dublin branch of BIMM. “That’s not what we do. What we are trying to do is facilitate creative and artistic growth and equip musicians and artists with the tools to succeed by their own means independently, particularly by giving them an understanding of the business as a whole.

“I thought it was fantastic that a songwriting student could bring their song into a proper live space as part of their college experience, and have a full band there ready to facilitate its development and arrangement.”

Kilkenny felt the Liberties was the perfect hub for BIMM. “I wanted to be close to where all the venues are,” she says. We are an urban college and all our locations are close to the industry, not on separate campuses. I also thought it would be good to be near NCAD – we are very similar in our outlook.”

Kilkenny’s father is the accountant Ossie Kilkenny, who has worked with The Boomtown Rats, Phil Lynott, U2 and Sinead O’Connor, among others. Music was present from an early age from her dad’s blues and soul vinyl collection to the weekly ritual of Top Of The Pops and attending gigs from an early age including Planxty and Ray Charles.

“From age 12, I was going to gigs alone. It has always been my favourite thing. My school homework notebook is just all about the gigs I was going to every single week.”

Also present were the people who work in music such as label people, publishers, lawyers and managers. It taught her a pertinent lesson about music.

“I was acutely aware of the machinery of the business of music,” says Kilkenny. “It’s important to be creative and an artist, but you also need to eat and have a roof over your head. If you don’t look after the income generated from your music, you can rest assured that someone else out there will be very happy to receive it instead, so it is important that you are protected and can make informed decisions.”

BIMM opened in September 2011 with the course receiving validation from DIT. Kilkenny oversaw much of the set-up of the college, including finding the right tutors, drawn from those actively participating in music in Ireland, something which enables them to adapt to an industry in flux.

The thick of it

“It is an ever-changing industry, and one of our strengths is our tutors are in the thick of it,” says Kilkenny. The tutor list includes the likes of James Byrne (who manages Girl Band and runs the Any Other City label), Ann Marie Shields (who manages My Bloody Valentine and works as a music supervisor), Cormac Curran (touring member with Villagers), Jim Lawless (manager of The Coronas) and singer-songwriter Cathy Davey.

BIMM’s approach isn’t strictly academic; it encourages active participation as soon as a student enrolls. That is evident in the artists coming out of BIMM both internationally (James Bay, George Ezra) and on the local scene (members of Hare Squead, Somerville, The Academic, Little Hours and Blades Club to name a few).

“We hope to instill our students with entrepreneurial spirit, and our students are encouraged to be involved in the industry whilst they are at college,” says Kilkenny. “I tell them their career starts the minute they step foot inside BIMM. We are very vocational in our outlook, and we provide advice and guidance on getting your career started immediately. Many of our students are producing great music, are in great bands that play regularly, are session players, are running live nights and events around the city – all while they are at college.”

“I saw Guy Garvey at our first induction in Manchester, and he was amazing,” says Kilkenny. “ He was asked about the fact that Elbow were dropped before they won the Mercury Prize. He said he made a point of keeping in touch with all the label execs he had worked with, even though they had dropped him. When they won, everyone he had worked with wished him well and was supportive. He said it’s a small industry, so don’t burn your bridges – you will likely meet the same people again at some future point in your career.”

BIMM recently expanded to a second building nearby in the Coombe and its first graduates celebrated finishing with BIMM Live, a mini-festival in four venues near Francis St with 35 bands from the college playing to more than 700 people. BIMM also sets up showcases throughout the year so that labels can see what the students are up to as well as host guest speakers in the fields of PR, radio, publishing, labels and beyond.

“We see ourselves as a microcosm of industry where we have bands and production students together. Some are running events and managing acts and looking at publishing, They all feed off each other and learn from the tutors. We have the best creatives in the country under the one roof so it is a fantastic opportunity for any one who wants to connect and forge a sustainable career in the music industry.”

Film-maker Pedro Costa: ‘There is no Beckett or Joyce in cinema’
5

John Malkovich: ‘I don’t think anybody enjoys their family dying. I liked all mine’
Real news has value SUBSCRIBE