From Killah classics to new-school Droogs, the latest golden age of hip-hop is upon us

What’s that sound? That’s the sound of hip-hop having a very good year 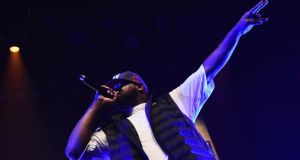 What’s that sound? That’s the sound of hip-hop having a very good year. 2015 is turning out to be a powerful year for commercial and creatively successful hip-hop releases, with Kendrick Lamar, Vince Staples, Dr Dre, Drake, A$AP Rocky, Joey Bada$$, Earl Sweatshirt and others contributing to this wave.

There have been other years like this. 1994 was a landmark year with Nas, Wu-Tang Clan, Notorious B.I.G., Beastie Boys, Outkast, Common, The Roots and Jeru tha Damaja flying on all cylinders with new releases.

But the new school are coming up with the goods against a backdrop of a much changed industry infrastructure. In 1994, people were still purchasing physical formats and retail was kind to the hip-hop business.

The means of production and distribution in the 1990s were controlled by the music industrial complex, which meant new arrivals found it much easier to establish themselves as there was less competition around.

The game has grown a lot tougher in the past two decades yet there are still wily operators who can work their way around various obstacles. Be it leaning on social media to spread the word, pulsating releases full of social commentary about black America’s trials and tribulations (hugely apt at a time when Michael Brown and Eric Garner dominate the narrative) or the perfectly sprung “surprise” album release, 2015’s hip-hop crews are finding new ways to make a mark.

While nostalgia freaks will still pine for the golden era of ‘94, the diversity of today’s contenders is far more exciting and invigorating. Aside from the heavy-hitters above, there are also a slew of newbies warming up and preparing to come on the pitch. A new compilation Rough Trade Shops - Hip Hop 15 highlights several contenders, with space on the record for Your Old Droog, Golden Rules, THEEsatisfaction, Seven Davis Jr, Young Fathers and others.

It’s intriguing that some of the more exciting releases come from re-energised old-school figures - and we’re not just talking about Dre. To judge by the number of releases and collaborations bearing his name, Wu-Tang Clan soldier Ghostface Killah must spend all his time in a studio. And his quality control is remarkable, especially on his collaboration with Toronto jazz trio BADBADNOTGOOD for the Sour Soul album.

By contrast, some of the more storied veterans appear to have stagnated and fallen behind the curve. Even Jay Z’s business acumen seems to have deserted him of late, to judge by Tidal’s failure to set the music streaming world alight, while many fans are just not as enamored about the clichéd work of 50 Cent, Rick Ross and friends as they once were.

Of course, there is one album still to come which may well put a cap on it for hip-hop in 2015. Only one man knows when that’s coming and what it will sound like - and Kanye West is saying nothing for now.

YOU’VE GOT TO HEAR THIS

Willis Earl Beal - Noctunes
An arrest, homelessness, a marriage break-up and much disturbance have been part of the Beal story of late. Not surprisingly, these events contribute hugely to an album of scarred, minimal soul whispers and sober, solemn ambience.

Vinyl & Wine has a simple MO: a classic album gets played on a high-quality sound system and guests have a chat about the record afterwards. Amy Winehouse’s Back to Black is up for consideration on August 30th at Dublin’s Liquor Rooms. After the recent documentary on the singer, it will be interesting to hear what the panel, including Universal Music Ireland boss Mark Crossingham and TXFM DJ Dee Reedy, have to say about the album.