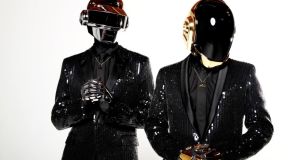 Daft Punk, one of the most influential groups in dance music, have called it a day on their partnership. The duo – Thomas Bangalter and Guy-Manuel de Homem-Christo – announced their retirement with a video entitled Epilogue on Monday.

The video features the pair walking in a desert wearing the jackets and helmets that they have long worn to conceal their faces. Eventually one removes his jacket to show a button on his back. The other presses it, and the first one walks away and explodes.

Together since the early 1990s, they originally found success with their songs Around the World and Da Funk. They went on to have classic hits such as Harder, Better, Faster, Stronger and One More Time.

The pair have kept a low profile since Random Access Memories, their Grammy-winning album from 2013, which included their global hit Get Lucky.