Even big name acts are replacing musicians with technology and players with samples and software. Where is there left for live music to go, and what has augmented reality audio in store for audiences? 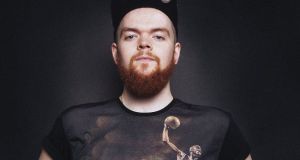 Jack Garratt: part of the new breed of musicians willing to go it alone live, with technology as their bandmate

Across the page from this column a clatter of Ireland’s finest young musicians discuss the apps they use on and off the stage. There is something wonderful about this. Anyone, musician or not, tin-eared or tinnitused, can download most of those apps for the price of a newspaper (ahem) and start trying to make music, beats or blips using the same tools as the professionals.

I bought my first instrument when I was about 14. It was a second-hand bass guitar, without a brand name, that was allegedly made from wood, and had all the resonance and warmth of a damp concrete wall. Together with the 15-watt amp that crackled and shocked on contact, it cost £100. I’m still upset I ever sold it.

For years I would stare, saliva mouthed and slack jawed, at the top rack in the music shop: professional instruments that gleamed with promise but remained far outside my price range.

Instrument makers will no doubt howl in anguish at the way their craft has been eroded, but for anyone to have at least electronic access to tools on a par with the pros is a profound development.

It has also fundamentally altered the live-music experience – but many think it’s ruining that live music, and diluting the “live” part of the experience. What once took a team of like-minded, well-practised individuals all working in sync (or “band”) can now be accomplished by a few individuals, or even one person operating as a sole-musical trader, adept at the arts of loops and delays, samples and triggers.

If something goes wrong, though, there is almost nowhere to hide. Watching the recent Grimes show at the Olympia Theatre in Dublin, which was derailed by a dodgy pedal, it was hard not to think that had more musicians been on stage the show could have sailed on smoothly.

Grimes’s set-up is not the exception; these days it’s largely the rule. She played the show with just one other musician, instead relying on her prodigious ability, technical nous and backing tracks to construct a set that, technical problems aside, should have done justice to the complexity at play on her latest, stunning album, Art Angels.

Jack Garratt is another of the new breed of musicians willing to go it alone live, with technology as their bandmate.

Touring acts have slimmed down considerably, and the reasons are as much economic as technical. Samples and backing tracks make for much cheaper personnel than sacks of meat and bone that require hotel rooms and sustenance.

The top-rack technology has also improved enormously, so laptops and affordable kit have rapidly replaced banks of instruments that cost tens of thousands to acquire, and thousands more to move around on tour.

It’s certainly cheaper for promoters, but is it any better for the audience? Purists will say that nothing beats a group of players pushing the air around the room, and no amount of backing tracks can replace this. But bands have been doing it for decades. And modern rock acts, even those with proven technical prowess, such as Muse, who this week touched down in Dublin and Belfast with their battlestar-sized Drones live show, fill out their live-show sound with dozens of backing tracks.

The criticism also seems to be genre specific. Most jazz players abhor backing tracks, and it almost seems a point of honour among them that instruments are played entirely live. Yet in hip hop there’s hardly an act that works without them. When the behemoth Watch the Throne tour came to Dublin it was almost universally lauded. I was bemused, though, that Kanye West and Jay Z, two of the supposedly greatest musicians of our age, on one of the most elaborate hip-hop shows ever conceived, couldn’t find the time or the cash to pay a full live band.

The other side of the argument is that audience expectations have changed for live shows, and it’s here that you can see the gleam off the Throne. Modern concertgoers might be happy to have fewer people on stage, but they also arrive expecting a visual treat. Projections, screens, digital mapping, light shows: all are fairly common even among bands playing the local circuit. Affordable technology also means that audiences have higher expectations of music videos: just look at the recent offerings from the likes of Overhead, The Albatross (Indie Rose) or Little Green Cars (Easier Day).

Augmented reality is shaping up to be the next stage in development for live music. Classic musical hardware has long being available in sound-engineering software as cheap plugins, but audio researchers are developing something similar for audiences at live venues. Special headphones can alter what a person hears in real time. So say you’re at a show but can only afford a seat in the gods. With the press of a button, and via some impressive technology, you can hear what it sounds like in the front row. Given that many people wear earplugs to shows to protect their hearing anyway, it doesn’t seem like much of a leap.

The purists may soon have a whole new set of tech to complain about.