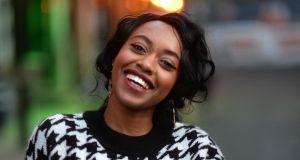 More music by Irish female artists is being played on radio stations across the country, according to a new report. The Gender Disparity Report, which investigates the airtime given to Irish female musicians, found that RTÉ Radio 1’s top 20 most played songs was split 50/50, while RTÉ 2FM substantally increased it’s gender parity output. On Today FM, only 10 per cent of the most played songs were by females.

In June of this year,the Gender Disparity Data Report covering the Top 20 most played songs by Irish artists on each radio station in the country, from June 1st, 2019 to June 1st, 2020, revealed a significant imbalance between the playing of music of male and female-identifying Irish artists.

The report, researched and presented by music consultant/gender activist Linda Coogan Byrne, noted that only one radio station, RTÉ Radio 1, had an equal gender parity playlist. Four radio stations – FM104, LMFM, WLR FM, South East Radio – playlisted no Irish female artists in their Top 20 in the 12-month period. Of the remaining stations that did include a female music act, most playlisted only one in the Top 20. The report also revealed that of the top 20 most played Irish artists across 27 music-oriented stations, female and female-identifying Irish music acts accounted for a mere eight per cent of radio play.

She says that UK mainstream radio stations such as BBC Radio 1 Xtra, Absolute, Capital FM, and Radio X are “failing considerably at reaching gender balance. These are akin to Today FM and FM104, who play between 90-95 per cent male Irish acts on their Top 20.”

The new report also notes a sizeable increase of inclusion of artists of colour on the Top 20 on numerous Irish radio stations in the past four months. Before the publishing of the June report, there was only one artist of colour (Soulé) playlisted. Music by artists such as Jafaris, D.Lewis, Denise Chaila, the collective Irish Women in Harmony, and Tolu Makay are now more regularly played.

“This is a massive increase and one we wholeheartedly welcome,” says Coogan Byrne, whose personal response to the report is one of hope and positivity. “You can already see the historic changes in the musical landscape. I applaud those who have taken it upon themselves to support a fairer and equitable environment for women in music. As for the radio stations lagging behind? They will soon follow.”