15 rock and pop concerts to see this week in Ireland 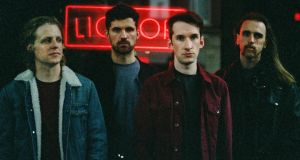 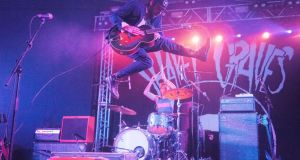 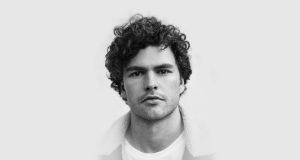 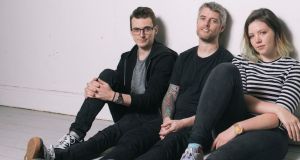 The Wood Burning Savages - Whelan’s Upstairs Dublin 7.30pm €12 whelanslive.com - Derry band The Wood Burning Savages have been making a distinct mark since the release of their debut album, Stability, earlier this year. It takes some doing to make hard rock come across as anything more than throwing the right shapes, but the band’s creative ambitions (a canny mix of Queens of the Stone Age, Manic Street Preachers, and Mansun) are aligned with a politically charged lyrical edge that’s second to none. Writing about the band’s album in this paper in April, our reviewer noted that “bands rarely emerge as fully realised, ambitious and insightful”. The Wood Burning Savages also play Galway’s Róisín Dubh on Saturday, November 17th. TCL

Chris Brokaw, Adrian Crowley and Brian Mooney - The Fumbally Stables, Dublin €16 tickets.ie - At this BYOB event, Chris Brokaw, Adrian Crowley and Brian Mooney are generously sharing the headline title. American session musician Brokaw has accompanied the likes of Thurston Moore, Steve Wynn, Evan Dando and Johnny Depp and Crowley’s Dark Eyed Messenger is one of 2017’s strongest Irish releases. Mooney’s name might be familiar to some as a regular theatre sound designer or as the founder of the Trust Me I’m A Thief label (Jape, Redneck Manifesto). LB

Mattiel - The Grand Social, Dublin €15 ticketmaster.ie - By day, Atlanta gal Mattiel Brown is an ad designer and illustrator for the marketing platform MailChimp and by night, she’s a fully-fledged rock star. Her debut self-titled album, released in July, is full of old school swagger – think somewhere between Patti Smith and The Black Keys but still very much herself – and she delivers songs like White of Their Eyes with a punch and a kick. Her name is one to keep an eye on. LB

Courtney Barnett - Olympia Theatre Dublin 7pm €35.50 ticketmaster.ie - Australian singer-songwriter Courtney Barnett has taken a while to filter out from her homeland, but where there are will and wit, there’s a way. If her debut EP, I’ve Got a Friend Called Emily Ferris, stayed resolutely under the radar, then her debut album, 2015’s equally neatly-titled Sometimes I Sit and Think, and Sometimes I Just Sit, propelled her from Sydney to Seattle and back again. This year’s follow-up album, Tell Me How You Really Feel, further strengthened Barnett’s cause as a songwriter of depth and range. And the music? Think effortlessly relaxed guitar-fuelled rock with hints of Hole and nods to Pavement. Yep – that good. TCL

Slaves - Academy Dublin 8pm €23.50 ticketmaster.ie - If there has ever been an extension of the “angry from Tunbridge Wells” contingent then this punk rock group might well be it. British punk driven by garage/blues riffs, Slaves (Laurie Vincent, Isaac Holman) haven’t yet allowed the grass to grow under their feet. Three albums in so many years (Mercury Music Prize-nominated 2015 debut, Are You Satisfied, 2016’s Take Control, this summer’s Acts of Fear and Love) have pitched the group into an area where crossover appeal is imminent. Special guests are Australian punk band, Amyl & the Sniffers, and another “angry from Tunbridge Wells” band, Lady Bird. Think loud. Think harsh. Think exciting. TCL

Kurt Vile & Violators - Vicar St Dublin 7.30pm €28 ticketmaster.ie - The former lead guitarist of The War on Drugs is doing very nicely, thanks for asking – but then so would you if you had been smart enough to not put all of your eggs in one basket. From the get-go, Kurt Vile (any moniker resemblance to a well-known German composer is entirely coincidental) has aligned solo work with band/collaborative duties, and so as The War on Drugs released their first album in 2008 (Wagonwheel Blues) so Vile issued his solo debut, Constant Hitmaker. Having left that band some years ago, Vile’s solo work (and the quality of it) has continued apace, so it’s no surprise at all to see him graduate to a venue this size. Special guests are singer Meg Baird and harpist Mary Lattimore, who promote their new collaborative album, Ghost Forests. TCL

Jax Jones - The Academy, Dublin €25.40 ticketmaster.ie Also Thursday - As far as EP titles go, Jax Jones’s Snacks is pretty apt. On his debut EP, the London DJ and producer called in big names like Demi Lovato, Stefflon Don, RAYE, Mabel and MNEK to add vocals to his EDM-pop and house hits. Reliable chart gold since 2016, anything he attaches his name to guarantees a spot in the top 20 and with that run of success, it’s no surprise that both gigs are totally sold out. Boo. LB

Nelly - Live at the Big Top, Limerick €50 ticketmaster.ie - There’s a point where nostalgia tips over to the shocking revelation  that time favours no one... unless you’re Nelly. The rapper from St. Louis’s debut album Country Grammar turned 18 this summer and even though he hasn’t released a new album in five years, he’s a regular visitor to Ireland, leaving sold out gigs in his wake. On top of his Limerick appearance, he’s playing Galway’s Leisureland on November 15th (€49.65), with meet and greets going for €100. LB

The Hitchers - Róisín Dubh Galway 9pm Adm free roisindubh.net; also Friday, Fred Zeppelins, Cork 9pm €12 - Limerick’s The Hitchers go back quite a way – to the mid-late ‘90s, in fact, when a couple of albums and some EPs were championed by BBC DJ, John Peel. That championing continues with current BBC DJ (and former music writer) Steve Lamacq, whose curated album, Steve Lamacq’s Lost 90s, features the band’s tune, Strachan (amidst other ‘lost’ songs by the likes of Ride, Elastica, Suede, and Cornershop). To celebrate, The Hitchers embark on a rare mini-tour of the nation, culminating with a hometown gig this Saturday, November 17th, in Dolan’s Warehouse. TCL

Clare Sands - Kenny’s Lahinch, Co. Clare €10 tickets on the door - Cork singer-songwriter and multi-instrumentalist Clare Sands has made no secret of her love for Co. Clare’s beaches on her 2016 album Join Me at the Table, so the people of Lahinch should welcome her with open arms. Usually known for fusing jazz, folk and traditional Irish music, her latest single Dance x3 is a collaboration with Navan composer Jimmy Smyth. Inspired by a recent trip to Havana, it’s a song designed to get you moving. LB

Vance Joy - Olympia Theatre Dublin 8pm €26 (sold out) ticketmaster.ie; also Friday, same venue - A name such as James Gabriel Keogh might not trip off the tongue, but a compacted moniker such as Vance Joy (which Keogh took from a character in Peter Carey’s 1981 debut novel, Bliss) could do the trick. Not forgetting the trickle of Irish blood flowing through his veins, this Australian singer-songwriter has been packing them in for the past five years with career-launching indie-pop songs Riptide, Mess is Mine, Fist Time, and Georgia. His latest album, Nation of Two, will be heavily featured at these shows. TCL

Gareth Dunlop - The Sound House, Eden Quay, Dublin 1 8pm €14.35 thewileyfox.ie/thesoundhouse - Belfast singer-songwriter Gareth Dunlop hasn’t always been front-of-stage. Notwithstanding several lowkey EP releases from 2014 onwards, he has passed time (and displayed sharp skills) whilst based in Nashville writing for publishing companies and other artists. Although his songs are beloved by music supervisors, Dunlop’s arrival, of sorts, came with last year’s debut album, No. 79, which presented him as a fully formed songwriting machine. Solo gigs in Ireland are rare enough, so pop along to see what all the fuss is about. TCL

Mumford & Sons - 3Arena Dublin 8pm €49.50 (sold out) ticketmaster.ie - Given that Mumford & Sons started life ten years ago as one of a number of acts in a West London community of aspiring indie-folk musicians, they have done extraordinarily well. While the likes of fellow indie-folk hopefuls such as Laura Marling have continued their career in a slow-but-sure way, Mumford & Sons surprised everyone (including themselves, no doubt) by quickly picking up Grammy Awards, Brit Awards, Ivor Novello Awards, and a rake of others. Expect a show littered with well-known hits, of course, but also some unfamiliar tracks - their new album, Delta, is released today. The group also perform this Sunday, November 18th  SSE Arena, Belfast. Support act for both shows is highly rated US singer-songwriter, Maggie Rogers. TCL

Shakey Graves - Vicar St Dublin 7.30pm €25 ticketmaster.ie - Over the past four years, we have seen Alejandro Rose-Garcia graduate from playing a church in Dingle to equally small stages in Dublin, and here he is again – stepping up a notch or two to play one of the capital’s major venues. The Americana musician and songwriter from Austin, Texas, is well suited to the bigger spaces – his shows are fuelled by a great onstage presence that always begs the question: where on Earth does he get the energy from? Shakey Graves also plays Elmwood Hall, Belfast, Saturday, November 17th. Special guest for each show is Philadelphia-based singer-songwriter Petal (aka Kiley Lotz). TCL

About to Break Tour 2018: Bitch Falcon and Haggard Cat - The Bowery, Dublin €16 ticketmaster.ie - Joining forces for a hair-raising and ass-kicking tour, Dublin group Bitch Falcon and Nottingham duo Haggard Cat are covering the length and breadth of the UK (with bands Drones and InTechnicolour joining them for certain dates) and hitting up Rathmines’s The Bowery for the Irish leg of the tour. This gig will be Bitch Falcon’s last night on the About to Break Tour so help give them the send off they deserve. LB