I hate emojis and Instagram breakfasts but not millennials

Take a position, old bores. How do you feel about people between 18 and 35? 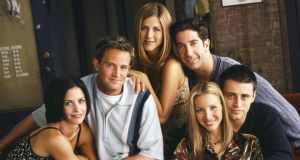 Friends: the series was the defining fiction of the Generation X ascendency, a show that revelled in narcissism 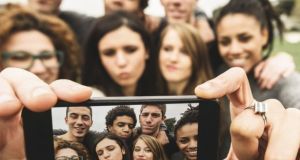 ‘I certainly don’t hate millennials, but I’ll tell you who I do hate. I hate that man I saw on Drury Street reading David Foster Wallace’s Infinite Jest – essential, bullet-stopping postmodern text for the millennial bro’ – while smoking a curly pipe through his verdant beard. He can go to hell.’ Photograph: iStock

Apparently, everyone over a certain age is now supposed to hate millennials.

We have, in this newspaper, recently seen an article suggesting that millennials need to go out and get a bloody job – among other things. A response argued that robber barons from the baby boomer and Generation X sets have rendered the current wave financially impotent. They are victims of our selfishness.

Take a position, old bores. How do you feel about people between the ages of 18 and 35? I certainly don’t hate millennials, but I’ll tell you who I do hate. I hate that man I saw on Drury Street reading David Foster Wallace’s Infinite Jest – essential, bullet-stopping postmodern text for the millennial bro’ – while smoking a curly pipe through his verdant beard. He can go to hell. (If you have done this, I’m talking about another guy.)

I hate monosyllabically named restaurants that serve just one dish to customers sitting on mismatched buckets. “We don’t have a ‘menu’ at Gut,” no waitress actually says. “We just serve bone marrow in baps.”

I also hate the excessive use of emojis, the third wave of reality television and photographing your breakfast.

So what? Most millennials I know hate those things too. Anyway, none of these unfair caricatures is quite so horrid as my unfair caricatures of Generation X. As is often the case with such things, a man just outside the demographic formed the definition. The novels of Douglas Coupland (a last-gasp baby boomer) concern emotionally depleted husks living unfulfilled lives in characterless bits of the US.

If only they were all so harmless. It was Generation X that brought the same chain of faux-Bohemian coffee house to every street in every nation. No wonder their children were forced to found monosyllabic responses that served nothing but tripe and onions from refashioned ambulances.

Never mind Coupland. The defining fiction of the Generation X ascendency was TV’s Friends, a series that revelled in narcissism and intellectual vacuity.

Some things did change in the 1960s. Western society became more tolerant of racial difference and sexual diversity. Formal religion loosened its grip. But the characters in Friends confirmed that consumption and acquisition were still the governing forces in the capitalist empires.

Just look at them. Look at their implausibly luxurious lives. Situation comedies used to be about stubborn losers such as Norm in Cheers or the oddballs in Taxi. The Friends friends were conformist enough to have lived behind white-picket fences in a 1950s show.

Am I asking whether Generation X fouled the baby-boomer legacy? I am not. They are just the worst of the lot. There is nothing more tedious than a boomer explaining how the music of the 1960s retooled popular culture. They’re insufferable in the US and the UK but arguably at their worst in Ireland. This is the Greatest Generation – to ironically purloin a phrase from Tom Brokaw about those who fought the second World War – who dragged a wasted culture towards sexy modernity.

Too late. The dying cliche is vomiting pathetically on your toes. We’ve all grown up with parents who were uncertain about changes in pop music and hairstyle, but no red-faced major – made still redder by The Rolling Stones – was ever so nostalgic as the boomers are for the 1960s. Everything before was a rehearsal. Everything after has been a disappointing retread.

Oh Lord. Please don’t say “bliss was it in that dawn to be alive . . . ” Too late. Poor old Wordsworth never saw that coming.

hey know where they sit in the succession of unsatisfactorily stereotyped generations. So do proper baby boomers (say, Hillary Clinton) and authorised Generation Xers. (Leonardo DiCaprio sounds about right.)

Spare a thought for those of us born in a shoulder period. Baby boomers have faint memories of early rock’n’roll, but the music of their youth is The Beatles and Jimi Hendrix. DiCaprio, a child when ET was released, would have been about 17 when Nirvana’s Nevermind, the ultimate Gen X LP, arrived in record stores.

No wonder I’m so pointlessly bitter. Born in late 1963, I can barely remember The Beatles, but I was pushing 30 when Nevermind emerged. Some dictionary definitions place me at the very end of the boom; others put me at the very beginning of the X era.

We poor folk are the real generation without a name. Won’t somebody spare a thought for the Shoulder People?