Rebels imprisoned in Wales after the Easter Rising were released as Christmas approached. Many emerged as hardened revolutionaries, others as broken men 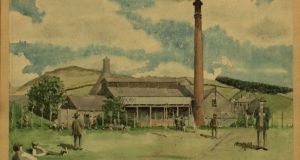 A painting of Frongoch by Cathal Mac Dubhghaill, a Carlow native who was interned at Frongoch. Photograph: National Museum of Ireland 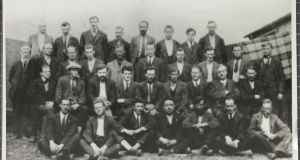 On the morning of December 24th, 1916, a Sunday, some 250 men disembarked together at the North Wall in Dublin. They were in celebratory mood, glad to be home for Christmas, but their joy had deeper roots. They had been released from an internment camp at Frongoch, in north Wales, where they were held in the aftermath of the Easter Rising. Four days earlier HE Duke, the secretary of state for Ireland, had announced the camp’s closure. In the intervening days the 500 or so internees suddenly began arriving in Dublin.

Their release in batches was an attempt to minimise demonstrations of support for the radical nationalist cause that the prisoners had come to symbolise. In this minor regard the strategy was almost successful. Despite the hour and bad weather a large number of “friends” did turn out to greet that Christmas Eve group. According to one reporter, however, it was a “touching scene, having nothing in it of the demonstrative – just a quiet family meeting in every instance”. The rebel internees were home – or, more accurately, most of them were.

1 US passengers fly into Dublin: ‘I’m here for six days. I guess I’ll have to stay inside’
2 Maureen Dowd: Biden has his limitations but he’s no Trump
3 Keith Duggan: Bubba Wallace tweet shows just how troubled Donald Trump’s mind is
4 Forget bulging muscles; strength is all about nerves
5 Quarantine process to be tightened as health officials grow nervous
6 50 best Irish albums of all time – in order
7 Covid-19: Restrictions on travelling abroad may last several years, expert warns
8 Back with our old friends at eir – and nothing seems to have changed
9 Thandie Newton names names. Will Hollywood punish her?
10 Una Mullally: Phoenix Park travesty is a litmus test for the Greens
11 Yellowstone: Kevin Costner looks like he’s just stepped on something sharp
12 Off the charts: why this paint colour is Instagram's favourite
13 Dublin has crowd-free weekend as pubs long for July 20th restart
14 Anne Enright: ‘Nuala O’Faolain was an impossible person, to whom we owe so much’
15 Disease expert says jailing tourists who breach quarantine would send clear message
16 Stunning image of comet Neowise captured over Dublin Bay
17 If tourists are such pariahs should we not be testing them on arrival?
18 My marriage is boring and polite. How do I make my husband interested in me?
19 A whole bowl of Creole – and don’t skimp on the shrimp
20 John Bolton on Trump’s presidency: ‘Every day is a new adventure’
21 Coronavirus: Cases surge in southern US states as Italy and Germany hold steady
22 Coronavirus: No new deaths reported but 17 more cases confirmed
23 David McWilliams: The Pandession is destroying Ireland’s Craic Economy
24 TV View: Proper Irish wake for Big Jack, the man who gave the nation notions
25 Jack Charlton’s own grievances endeared him to Irish fans
26 Irish students have much higher levels of anxiety over exams
27 Trump wears face mask in public for the first time
28 Bournemouth complete brilliant turnaround win to boost survival hopes
29 Gardaí given guidance on new face mask regulations hours before they become law
30 Paschal Donohoe’s victory seen as a revolt against EU’s ‘big four’
31 Can you be racist against white people?
32 Andy Moran on moving on from a Mayo career that glowed golden to the end
33 US tours to Ireland: ‘No one wants to travel at this point’
34 The North Water by Ian McGuire review: the elements of style
35 UK government announces £700m for Britain-EU border
36 Patrick Freyne: A very likable baby with a beard – it’s Zac Efron! – explores the world
37 Taoiseach urges British people not to holiday in Ireland at present
38 Fintan O’Toole: In the US, the 19th century is coming to a very slow end
39 Delicious details of Mary Trump’s book open up world of president’s family
40 ‘My rent here is so low it’s a joke’
Real news has value SUBSCRIBE