If you have eight Irish great-grandparents in your family tree, born within 30km of each other, The Irish DNA Atlas needs you 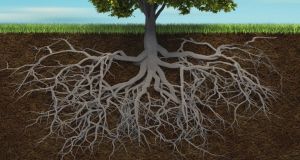 The way genetic genealogy is sold causes large misgivings. Take one simple fact. Going back 12 generations, between three and four centuries, each of us has several thousand ancestors, even allowing for all those cousin marriages we don’t like to think about. Genealogical DNA testing can tell us about precisely two of them. Perhaps one shared the surname you bear, or is part of a clearly identifiable historic group. Big deal. Remember: two out of thousands.

If this was all there was to it, fair enough. We can all claim to be descendants of Attila or the Queen of Sheba, as long as we know in our hearts that it’s about as scientific as a heraldic tea-towel.

Unfortunately, however, some real science is being obscured. With a large enough sample from a carefully enough selected group, the study of genetics can reveal indisputable truths about population structure and migration, even in relatively recent times.

The best Irish study is the Irish DNA Atlas. It was started in 2011 as a collaboration between the Royal College of Surgeons in Ireland and the Genealogical Society of Ireland. The Atlas aims to identify genetic markers that arose in specific areas of Ireland, in order to disentangle the wonderful mish-mash we are. In addition, the project will help population-based health research.

The Atlas depends on volunteers coming forward for the tests, but not just any old volunteers. You must have eight Irish great-grandparents, born within roughly 30km of each other. Good progress is being made, but for some reason, no-one from Limerick or Westmeath has yet come forward. What have they got
to hide?

Participation is free for those who qualify, but your only reward is knowing that you’re contributing to a better understanding of how today’s Ireland came to be. Nobody is going to tell you you’re 18 per cent Fir Bolg.