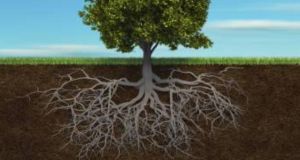 After the National Archives first came out with its superb 1901 and 1911 census website (genealogy.nationalarchives.ie), a few innocent souls asked me when all the other Irish censuses from the 19th century would be going online. They’ll have their answer today.

This evening at 5.30pm, the Minister for Arts, Heritage and the Gaeltacht will be launching all of the Archives’ pre-1901 census holdings on the website. Before you swoon in ecstasy, let me clarify.

True censuses were taken in Ireland every 10 years from 1821, a full two decades before anywhere else in what was then the United Kingdom.

By the time the 1911 census had been completed, there were full sets of no fewer than eight censuses in existence, the earliest four transferred to the Public Record Office, the others still held by the Office of the Registrar-General, the body responsible for census-taking after 1851.

Then things started to go horribly wrong. First, at some point during the first World War, the Registrar-General ordered the 1881 and 1891 returns to be pulped, for reasons that are still murky. (The 1861 and 1871 returns had already been destroyed, shortly after the censuses were taken, again for reasons that remain unclear.)

And then, of course, in June 1922 the Public Record Office was destroyed and every single item held in its Strong Room, including the four earliest censuses, was obliterated without trace.

And that’s it. Let’s not be churlish: it is wonderful to have these on-line, along with the rag-tag-and-bobtail fragments and transcripts.

But it is also hard not to dream of what might have been.

From New Zealand to Saudi Arabia: When women won the vote worldwide