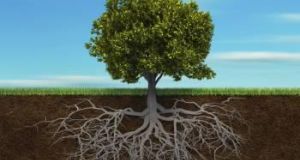 Three years ago, Ancestry. com added transcripts of almost half-a-million pre-1880 Roman Catholic parish register entries to their collection of online records. They covered 47 parishes, mainly in the diocese of Meath, and were done from copies of National Library of Ireland microfilms. Neither the Diocese nor the Library was consulted, so eyebrows and blood pressure were raised. But the transcripts weren’t great and there were no record images, so we all just went back to our cosy little squabble about making the Library’s images of parish register microfilms available online.

Two weeks ago, Ancestry changed the game forever. It added 750,000 transcripts from 71 parishes, and accompanied them with high-quality, fully browseable images of every page. These are new, full- colour scans, at mouth-watering levels of detail. In most cases they go well past 1900, and the registers covered come from all over the country.

Included are the records of four parishes from the long- embargoed diocese of Cashel and Emly, from most of Killala, from Galway, Wicklow, Dublin, Carlow – available nowhere else online – Donegal, Tyrone.

The transcriptions are flawed and some of the listing detail is deeply peculiar: “Aughrim” is actually Aughrim Street in Dublin; “Golden and Kilpack” is a misreading of Golden and Kilfeacle; two unnamed registers are actually from Bantry. But the sheer, glorious quality of the images makes up for everything.

Where did Ancestry get them? The source given is “Digitized images, Dublin, Ireland: E-Celtic, Limited”. This part-Irish, part-Indian company produces parish record management software and presumably obtained rights to the images as part of their work with local parishes. Good on them.

Ancestry is the unchallenged colossus of online genealogy. They already have a de facto monopoly of North American records. And if they continue what they’ve just done with Irish Catholic registers, there is no doubt they will reach the same position here.
irishroots@irishtimes.com
irishtimes.com/ancestor