Bernard Shaw to Roger Casement: put on the performance of your life

As Casement faced trial for treason in 1916, Shaw wrote a speech that he was convinced could turn the trial into a national drama, and save Casement from the scaffold 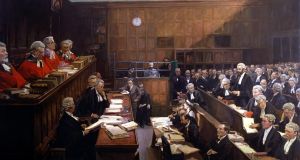 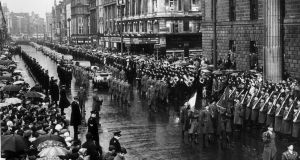 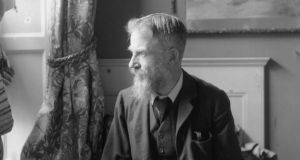 After the Easter Rising, in the summer of 1916, the most famous Irishman in the world tried to save the last of the rebel leaders from execution. George Bernard Shaw was highly controversial, and his scepticism about the first World War had outraged mainstream British opinion. But he was still regarded as the world’s most important playwright. And now he sat down to draft a dramatic monologue for a very specific actor. It was to be performed for a very small and select audience. And it had a precise purpose: to save a life.

The actor he envisaged for the part was Roger Casement, who was about to go on trial in London for the capital crime of high treason, for seeking to import arms from Germany to Ireland in preparation for a rising.

Shaw attempted, in full seriousness, to get Casement to perform a script for the jury that would try him. The dramatic stakes could not have been higher: Casement would literally perform to save his life. The playwright’s proven capacity to make an English audience feel and think what it did not want to feel or think would, through the voice of the accused, force an English jury to acquit an Irish traitor.

Shaw did not think that Casement was right to forge an alliance with Germany. He was even more deeply opposed to what he saw as Prussian militarism than he was to the English ruling class. He would write, in a letter of June 1917, that the Germans, if victorious, would show “as ruthless a contempt for Irish as for Polish nationality”. But he did believe that Casement, as an Irishman, owed no allegiance to the British Empire and had the right to do what he sincerely believed was best for his own country, Ireland.

For all that he spent most of his career in England, Shaw’s profound understanding of Irish nationalism was revealed in the wake of the 1916 Rising, when he was the only public figure of any importance to predict that the execution of the leaders would transform Irish public opinion.

While the executions were still in progress, and while Irish newspapers and mainstream nationalists were still denouncing the rebellion as monstrous, Shaw, in the London Daily News of May 10th, 1916, wrote that the rebels had merely done what an English patriot would do were the Germans to win the war and occupy England.

Executing such a rebel, he argued, would make him “a martyr and a hero, even though the day before the rising he may have been only a minor poet”.

Shaw was personally sceptical about the value of martyrdom. In his play The Devil’s Disciple Gen Burgoyne does not really want to hang the apparent rebel Dick Dudgeon: “It is making too much of the fellow to execute him. Martyrdom, sir, is what these people like: it is the only way in which a man can become famous without ability.”

But Shaw knew his Irish history. He presciently warned the British that “the shot Irishmen will now take their places beside Emmet and the Manchester martyrs in Ireland, and beside the heroes of Poland and Serbia and Belgium in Europe, and nothing in heaven or on earth can prevent it.”

And it was this line of argument that Shaw tried to get Casement to put to the jury at his treason trial.

Beatrice Webb, the economist and historian with whom Shaw had cofounded the London School of Economics, recorded in her diary for May 21st, 1916, a meeting between herself, Shaw and Casement’s great friend Alice Stopford Green. As she wrote in astonishment and irritation: “Shaw wants to compel Casement and Casement’s friends to ‘produce’ the defence as a national dramatic event.” Webb was appalled: “His conceit is monstrous.”

But Shaw was right: Casement’s trial, following on from the executions of the other leaders of the Rising, was indeed a national dramatic event. What concerned Shaw was what kind of drama it would be.

There was a tragic template for these shows, in which the climax was an inevitable execution. Shaw brought to bear on this template his contrary intelligence, seeking to infuse it with his own dramaturgy in which the inevitable almost never happens. He wanted to save Casement from martyrdom. As Shaw later explained, Casement’s trial was set to play out in an entirely predictable pattern: “I knew that the conventional legal defence which his lawyers were certain to advise would infallibly hang him after eliciting compliments from the Bench for its ability and eloquence. The facts were undeniable; but learned counsel would refuse to admit them and would cross examine the Crown witnesses at the utmost possible length so as to give plenty of value for their fees.

“The Lord Chief Justice would compliment; the jury would admire; and everybody except the prisoner would be perfectly happy in the obvious certainty that the facts were the facts, the witnesses unshakeable, and a verdict of guilty certain.”

In this familiar scenario Casement would make his heroic speech from the dock after his fate had been sealed by that verdict. In Shaw’s drama, to the contrary, he would conduct his own defence and speak to the jury before it had condemned him. In the play that Shaw wrote for his enactment Casement would contest none of the facts about his dealings with Germany. Instead he would, in the Shavian manner, turn treason inside out and reveal its opposite: patriotism and loyalty.

Casement would plead simply that he could not be a traitor because he was not English: “If you persist in treating me as an Englishman, you bind yourself thereby to hang me as a traitor before the eyes of the world.

“Now as a simple matter of fact, I am neither an Englishman nor a traitor: I am an Irishman, captured in a fair attempt to achieve the independence of my country; and you can no more deprive me of the honours of that position, or destroy the effects of my effort, than the abominable cruelties inflicted six hundred years ago on William Wallace in this city when he met a precisely similar indictment with a precisely similar reply, have prevented that brave and honourable Scot from becoming the national hero of his country.”

In this performance there is no pleading: “I ask for no mercy, no pardon, no pity.” In fact Shaw’s Casement gently teases his audience of jurors. They may, he suggests, be tempted to hang him not as a traitor but as a fool, because the Rising was a quixotic failure. But quixotic failures were the order of the day in the Great War: “Will you understand me when I say that those . . . days of splendid fighting against desperate odds in the streets of Dublin have given back Ireland her self-respect? We were beaten, indeed never had a dog’s chance of victory; but you also were beaten in a no less rash and desperate enterprise in Gallipoli. Are you ashamed of it? Did your hearts burn any the less . . . because you were at last driven into the sea by the Turks? Well, what you feel about the fight in Gallipoli, Irishmen feel all over the world about the fight in Dublin.”

The brilliance of Shaw’s dramatic provocation of the jury lies in the way it frames and subverts their power. The jurors had absolute power to have Casement hanged for treason. But Shaw’s Casement subtly suggests that this is not power at all, because if they set out to hang a traitor they will succeed merely in creating a martyr: “I am not trying to shirk the British scaffold: it is the altar on which Irish saints have been canonized for centuries.”

Shaw as Casement is certain of his posthumous status: “My neck is at your mercy if it amuses you to break it; my honour and my reputation are beyond your reach.”

On the contrary, therefore, the only real power the jurors have is to acquit Casement of treason, thereby depriving him of Irish sainthood. It is a perfect Shavian paradox.

Shaw’s play for Casement was not performed. Casement’s lawyers persuaded him to adopt a conventional defence, contesting the facts and making his speech only after he had been condemned. Casement, while awaiting his execution, regretted that he had not performed Shaw’s “national drama”.

As for Shaw, like any artist he wasted nothing. His last great play, Saint Joan, is, at heart, his considered response to the Rising and in particular to Casement’s martyrdom. Joan’s unbreakable will to sweep the English out of France, her trial and her ultimate decision to choose death over imprisonment all echo Casement’s real drama. Joan, too, returns after death as an image and an inspiration: nothing in heaven and earth can prevent her spiritual and temporal triumph.

Shaw’s “national drama” may be disguised as French, but it is deeply Irish.