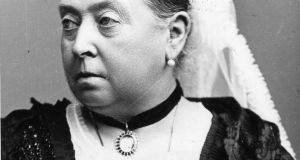 Buckingham Palace can rest content. The House of Windsor is secure. Queen Elizabeth II hasn’t a rake of relatives in Roscommon waiting to lay claim to the rights of royal succession.

The allegation that Queen Victoria’s father was the philandering son of a Strokestown family seems to be just that, an allegation. This regal hare was raised in 2009 and let run by the celebrated English biographer, AN Wilson, a fellow of the Royal Society of Literature no less. Now, six years on, he has shot it dead.

Wilson claimed that Queen Victoria had been fathered by an Irish soldier, John Conroy, and not as was officially accepted, by Edward, Duke of Kent, fourth son of the mad King George III. In a newspaper article Wilson wrote: “The old Duke of Kent, her supposed father, was well ‘past it’ by the time Victoria was conceived. Moreover, there is the family’s curious medical history.”

King George, grandfather of Victoria, suffered from porphyria, a condition which causes madness, flatulence, itchy skin and discoloured urine. It is a hereditary condition but none of Victoria’s numerous descendants suffered from it. Another medical argument advanced by Wilson was that Queen Victoria passed on haemophilia to her descendants. But there is no medical evidence of the disease in the previous generations of either her putative father’s or mother’s families. So if the Duke of Kent was not Victoria’s father, Wilson concluded, it must have been John Conroy.

Conroy’s family came from the Strokestown area of Co Roscommon. His father, John Ponsonby Conroy, was a barrister and his mother, Margaret Wilson, came from Co Longford. Their son was born in Wales in 1786, educated in Dublin and at the age of 17 he joined the army.

His career was aided by his marriage to Elizabeth Fisher, daughter of Maj Gen Benjamin Fisher, under whom Conroy served in Ireland and England. This family connection brought him to the attention of the Duke of Kent who appointed him to the post of personal equerry shortly before his marriage to Victoire, Princess of Leiningen.

Conroy performed his duties efficiently and was soon a confidant of the duke. It was not long before there was gossip that the handsome young Irish officer and the duchess had become lovers. On May 24th, 1819, she gave birth to a daughter, Victoria, in Kensington Palace. Less than a year later the duke died. Conroy was named an executor of his will but he failed to persuade the dying man to make him the legal guardian of the infant. The duchess now found herself in an alien land, with small knowledge of English and “friendless and alone” as she put it. She readily accepted Conroy’s offer to become comptroller of her household. He remained in the post for the next 19 years and there is no doubt he enjoyed a close relationship with the duchess.

They devised a strict regime for the young Victoria, the future monarch, with the aim of making her completely dependent on them.

The duchess hoped to become regent when her daughter ascended the throne, with Conroy getting a peerage and the post of private secretary to the new queen. But as she got older Victoria grew to resent the influence Conroy exercised over her mother and the household. (She complained, in later life, she had witnessed “some familiarities” between her mother and the Irish officer).

When she succeeded to the throne in 1837 one of the first acts of the teenage queen was to banish Conroy from her household. Conroy, meanwhile, persuaded Victoria’s feeble-minded old aunt, Princess Sophia, to part with £18,000 (about €1.7 million in today’s money) with which he bought an estate in Wales.

He continued in the service of her mother, the Duchess of Kent, and in 1842 he retired, with a baronetcy and a pension to his estate. He died 12 years later in a sea of debt.

And why has AN Wilson now concluded that Conroy was not Queen Victoria’s father? In his recently published monumental biography, Victoria, he says that modern medical opinion has cast serious doubt on whether King George had porphyria at all. Then there is the evidence of his own eyes. Wilson says he has carefully studied several portraits of George III and “there were the same hooded, protuberant eyes, the same bird-like nose that were so conspicuous in Victoria’s mature face.”

Wilson adds that the passing of time has altered his mind and he is now confident that Victoria was indeed the daughter of Edward, Duke of Kent, and his wife Victoire.