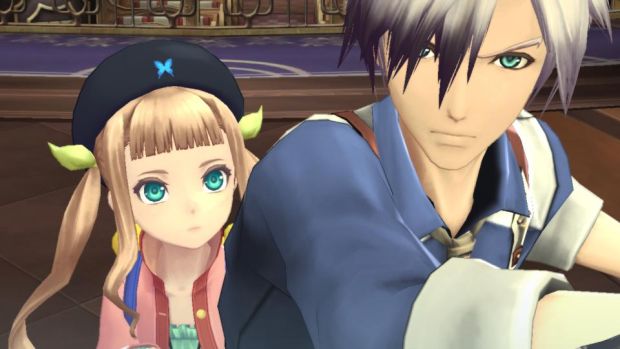 A train hijack is the catalyst for events in Tales of Xillia 2, a saga involving terrorists, manipulation of time and dimensions, gigantic medical bills and missing pet cats.

The story for this popular Japanese role-playing game is tricky to summarise: Ludger is a rudderless young man who finds a lost young girl, Elle Marta, who’s been separated from her father. There’s also a strange conspiracy involving Ludger’s brother and shady industrialists. And that’s before we get into the business of parallel dimensions and magical pocket-watches.

Like many Japanese role-players, its aesthetic and narrative are a mix of sci-fi, fantasy and steampunk, while the gameplay has exploration, interactive conversations and action. It really hums when you’re trading blows and bullets with your enemies. While initially intimidating, these skirmishes are fast-paced and gratifyingly complex, simultaneously testing your tactical acumen and thumb coordination.

Some might have issues with the game’s padding: Ludger is in debt, so must complete a number of side missions before he’s allowed to move on with the main story. Much of these involve either finding obscure objects or killing mystical beasts. While the combat is great, there does feel like a little copying and pasting here.

Indeed, it’s a lovely place to spend a long running time, but Tales of Xillia 2 is not for casual RPG players or curious newcomers. There are longueurs, dense menus, wandering and chores (sorry, “missions”) to separate the wheat from the chaff.

Still, you will be rewarded with strong gameplay and a sincere, imaginative and intriguing story wrapped in sumptuous animated cut scenes. So, recommended for fans of Japanese RPGs and pampered felines. bandainamcogames.com

Paul Weller: ‘If you don’t die of a drug overdose you’re always going to end up an elder statesman’