Bright and cutesy, Nintendo fans and younger gamers will embrace this Kirby 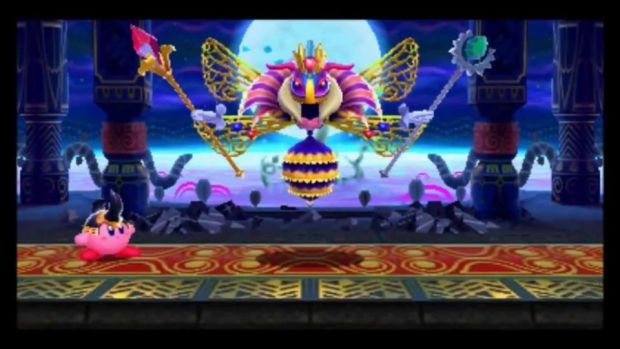 Nintendo’s endless loyalty to existing properties continues with this polished, kid-friendly platformer. As the spherical title character, you can play Story Mode, Kirby Fighters or Dedede’s Drum Dash. Story Mode is the main attraction, a colourful, fun and often inventive 2D platform game in which Kirby inhales and exhales his enemies (in the cutest possible way). It could be more generous with save points, especially for a kids’ game, and you’d be hard pushed to find an enduring game character with less personality. But it’s beautifully presented, with blindingly bright colours, gentle humour and twee music. Kirby Fighters is a limited but enjoyable combat experience that can be played by up to four competitors. Dedede’s Drum Dash is the weakest, a one-note side- scroller in which you time a bird’s jump to catch coins. Overall, Kirby Triple Deluxe will mainly appeal to younger gamers and nostalgic Nintendo fans. nintendo.com