The Ice King review: The gay skater who become the best in the world 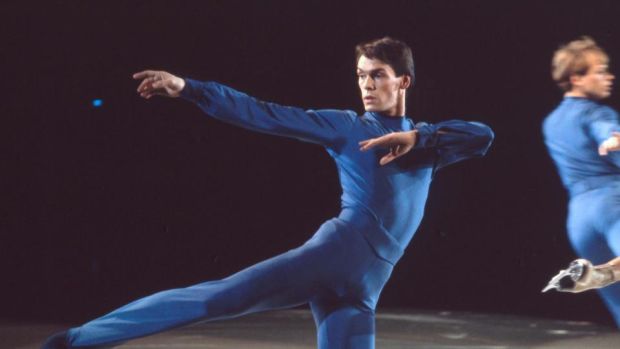 A few older observers may have squinted curiously at last week’s headlines declaring the Canadian skater Eric Radford the first openly gay winter Olympian to grab a gold medal. What about John Curry?

Winner at Innsbruck in 1976, and of that year’s World and European figure-skating championships, Curry went on to stage professional extravaganzas that worked ballet manoeuvres in with the sport’s competitive rigours. Curry was, before his death, in 1994, among the first British celebrities make public a diagnosis of Aids.

James Erskine’s excellent documentary suggests that, at the height of his career, Curry’s gayness was somewhere between a rumour and an open secret. Speaking later, he denies suggestions that he came out before the 1976 Olympics. A German newspaper did that for him. But the British media was still nakedly hostile to homosexuality, and he appears to have talked his way around the subject.

The Ice King treats these questions with some sensitivity (and a little humour) in its opening sections. Clips from an infamous 1967 Man Alive documentary – inspiration for Monty Python’s Mouse Problem sketch – confirm that the best gay people could hope for was hand-wringing sympathy. “For many . . . this is revolting – men dancing with men,” an RP voice tells us.

Raised as a middle-class boy in an unglamorous corner of unglamorous Birmingham, Curry recalls that, although he was not allowed to attend ballet classes, his father let him skate because that was “protected by the umbrella of ‘sport’ ”. Curry went on to become the best in the world.

The Ice King is an agreeably unfussy affair. A precise, clipped voiceover by Freddie Fox brings Curry to life again. Contemporary interviews are kept to a minimum as we enjoy impressive footage of the skater in his pomp.

There is fascinating material on the corruption that saw Soviet-bloc judges vote only for their own competitors. (No doubt something similar went on with their western rivals.) The latter sequences are properly moving.

A useful accompaniment to this week’s I, Tonya.