The Ballad of Shirley Collins: a life worthy of a folk tale

This wonderful, warm film centres on the ‘lost’ singer who made her most recent album at 82 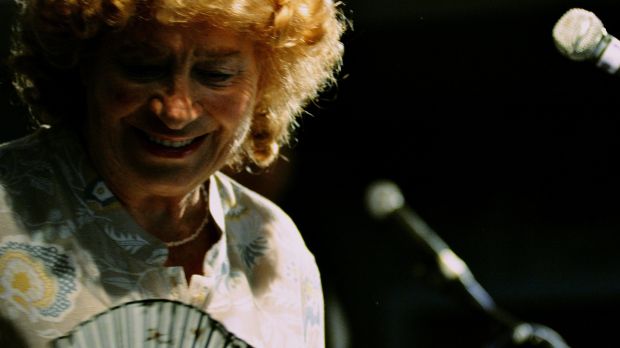 Shirley Collins is a singer, who, for many decades, was more famous for being a “lost” singer. In 1978, Collins was performing the folk standard Lark Rise at the National Theatre in London, when she suddenly lost her voice.

Dysphonia, or loss of the voice, has been in the news of late, due to the recent release of Shania Twain’s post-dysphonia album, Now. It took Collins several years of appointments and examinations to receive the diagnosis.

Speaking to the Irish-born forensic psychiatrist Dr John Tully in this wonderful, warm film, she recalls the fateful night when her then husband – Fairport Convention’s Ashley Hutchings - returned home and announced he was leaving her for another actress in the National Theatre production. “The woman he left me for would turn up night after night, wearing his sweaters,” she says softly, “and it undid me.”

There’s an upbeat final stanza. Last year, aged 82, Collins released her first album in more than 30 years. Throughout Rob Curry and Tim Plester’s follow-up to the award-winning documentary Way of the Morris, there are old photographs and documents and agreeable visits and cups of tea with interested scholars, folklorists and fans.

Letters sent to Collins’s sister Dolly in 1959 - when Shirley and the ethnomusicologist Alan Lomax made a folk song collecting trip in the southern US states - are read aloud and tastefully illustrated by monochrome historical reconstructions.

Contemporaneous Kentucky is a violent place where guns are common and a man gets shot over a cow. Collins later wonders if a one-eyed wife was poisoned, as she claimed, or battered by her banjo-playing husband.

Between visits to various English festivals and the recording of her 2016 album Lodestar, Collins speaks movingly about the music she has worked so hard to catalogue and enliven for years.

Folk, she explains, belongs to the “despised and neglected people” of the hard-working classes. “They deserve to be known. My grandparents and my mum all came from the labouring classes. They were people who worked on big estates because that’s where the jobs were. I was always interested in where those songs came from and who they came from and how exploited they all were. They deserved that bit of respect and honour.”

It’s a ballad worth hearing.