Sofie Coppola on fame, infamy and robbing the rich in The Bling Ring 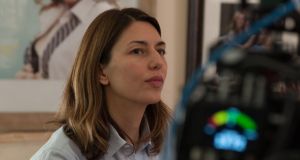 As a child, growing up in her father’s home in the Bay Area, Sofia coppola would have met many of the era’s great movie stars. 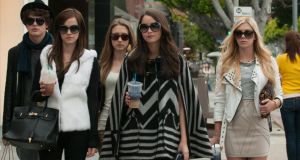 The Bling Ring examines a group of wealthy Los Angeles teenagers who, in 2008 and 2009, broke into the homes of celebrities such as Paris Hilton and Lindsay Lohan. It’s a bizarre tale.

You have to wonder how Sofia Coppola made herself heard at the family dinner table. Francis Ford Coppola, her father, has never come across as a squashed cabbage and, if his depiction of the Italian-American meal in The Godfather is worth heeding, such occasions crackle with conversation and squabbles. Yet, despite having won an Oscar a decade ago, Sofia still speaks as if she’s just been summoned to the office of a particularly stern headmistress. Maybe, it’s a Californian thing. Whispered sentences fade away into meandering breaths. She’s polite. She’s clever. But she doesn’t exactly explode into the room.

Mind you, her speciality is slightly deadened lives. From The Virgin Suicides, through Lost in Translation on to Marie Antoinette and Somewhere, Coppola has chronicled characters who, not at home to the verbal, communicate through inactivity.

“I wouldn’t say they’re, um, deadened,” she murmurs. “I think they are all just a little bit lost. They are all alive. But they are in transition. They are trying to find their way. The drama comes from inner turmoil rather than outer fury. I think . . . ”

The latest expression of this strategy comes in the much-ballyhooed The Bling Ring. Based on a magazine article by Nancy Jo Sales, the picture examines a group of wealthy Los Angeles teenagers who, in 2008 and 2009, broke into the homes of celebrities such as Paris Hilton and Lindsay Lohan. It’s a bizarre tale.
After opening unlocked doors (or finding keys beneath mats), the young people try on shoes, pick up wads of cash and drive unmolested back through the foothills. They were not after the money. They were not so concerned with the luxury goods. Their main concern was rubbing against celebrity.

“I tried to put myself in their shoes,”Coppola says. “It is hard for me to understand. I get the guilty pleasure of dropping into that celebrity culture from time to time. But they are so immersed in it. I tried to remember being that age.”

One might reasonably wonder about Sofia’s own interactions with the world of celebrity. As a child, growing up in her father’s home in the Bay Area, she would have met many of the era’s great movie stars. At the start of the last decade, following the success of Lost in Translation, she and director Spike Jonze, then her husband, were among the trendiest couples on the planet.

“Well, when I was growing up, we weren’t in Hollywood,” she says. “We were in the country and, crucially, I got exposed to a lot of culture from my father. These kids really weren’t getting that from their family. Everything now comes from celebrity. Someone asked me what they were rebelling against and I don’t think they were rebelling against anything. They are a part of it all.”

Golly, it makes you feel old. Crisp in garments whose label somebody other than me would immediately identify, Sofia Coppola still seems like an avatar of rising youth culture. But, at 42, she is easily old enough to regard the youth who inspired The Bling Ring as puzzling representatives of a corrupt younger generation.

“All that is different to when we were growing up. We reacted against things,” she muses. “Every generation looks at the younger generation and doesn’t get it. I feel like the parental generation, looking at them. We didn’t have reality TV or the internet. That can affect people my age, of course. But to be bombarded at that age is very different.”

The obsession with empty celebrity really comes through in the later sections of the film when the gang are arrested and garner a modicum of fame for themselves. Staying true to their own corrupt philosophy, they treat the reasons for their fame as an irrelevance. It’s merely the celebrity itself that matters. The script repackages phrases from interviews given by Rachel Lee, alleged ringleader of the group, in the weeks after her arrest. Andy Warhol could not have dreamt this up.

“When Rachel was arrested she said first: ‘What does Lindsay [Lohan] think of it?’ She really said that in a police report,” Coppola says, “In interviews she’d say: ‘I don’t want to talk about the robberies.’ She had this delusion that they wanted to interview her because she was this ‘style setter’. They all thought everyone deserves to be famous.”

To be fair to Coppola, her upbringing among stars seems – rather than turning her head – to have permitted a sensible perspective on such matters. She, more than anybody, knows the difference between real celebrities and the less weighty class.

“Well, I have been to Oscar parties and those luxury parties,” she admits. ‘Yes, it’s fun to see those people. I met Al Pacino and other people who worked with my dad. But that’s different. He’s not a caricature.”

Still, it’s been a funny old life. An early public glimpse of Sofia could be spotted as far back as 1971 when she played a baby in The Godfather. She can also be observed in Francis’s The Outsider and Peggy Sue Got Married. But her most famous (we can probably say notorious) performance remains that as Mary Corleone in The Godfather Part III. When the picture emerged in 1990, Sofia (a late replacement for Winona Ryder) received genuinely savage reviews. She has barely appeared on screen since.

“It’s funny for me to see The Godfather. It’s like having home movies. But the third one I can’t watch,” she says.

The reviews must have been hard to bear for a young person.

“It was harsh. I was 18 and got so slammed,” she says. “That was a little hard. But it wasn’t too bad because it wasn’t really my dream to be an actress. But it was a different time. Back then, the magazines came out and then, three weeks later, they were gone. They didn’t hang around on the internet.”

For the succeeding decade or so, Sofia pursued an interest in fashion, worked on TV with pal Zoe Cassavetes and did the odd bit of modelling. As she tells it, her short movie Lick the Star, released in 1998, was really a sort of experiment. But she learned quite a bit when making it. Then she happened upon Jeffrey Eugenides’s novel The Virgin Suicides. For all her quiet passivity, she clearly has a very determined personality. Sofia was not going to let anybody else muck up the adaptation.

“I knew they were going to make a movie out of it,” she says. “I thought: they have to do it the way I saw it. I had a very clear idea what I wanted visually.”

Sure enough, the picture emerged in 1999 to very strong reviews. She hooked up with Spike Jonze – whose equally well-received Being John Malkovich was released that same year – and powered quietly forwards into the limelight. Lost in Translation became one of the key films of the decade. Featuring Bill Murray as an American adrift in Tokyo, the film has its detractors, but, when 2010 came around, it found itself on a great many critics’ “best of the decade” lists.

Has she worked out why it had that impact?

“No, not at all,” she says. “I was really surprised. I thought I was making a personal film about stuff I was trying to figure out myself. I was surprise how much that connected with people. I knew Bill Murray was lovable. But it never occurred to me that it would have universal appeal.”

It seemed to sum up a post-millennial uncertainty.

Still, Francis must find it hard not to offer advice. Like all parents, he must occasionally phone up in the middle of the night to tell you to do something you were always going to do.

“That’s funny,” she says, without laughing. “He does appreciate that I do things my own way. He will offer advice and I am glad to have access to that brain. There are times when he’ll say: ‘Don’t forget this.’”

Coppola does now seem to set up a quietly ideal life. Divorced from Jonze in 2003, she married Thomas Mars, singer with French synth-pop band Phoenix, in 2011 and the couple now divide their time between Paris and New York City. And, for all the changes in the industry, she (somewhat depressingly) still remains a standard bearer for women directors. Kathryn Bigelow may have won an Oscar, but there are precious few women at the helm of commercial pictures.

We had this conversation when Lost in Translation came out. Why are we still having it?

Well, if Sofia Coppola’s career tells us anything, it tells that you don’t need to shout to get heard. Maybe, that’s good news.

As the world transforms, so too must its poetry, disregarding tradition
7

The Billion Dollar Art Hunt: Searching for a Vermeer with Martin ‘The Viper’ Foley
9