Six of the best films to see this weekend 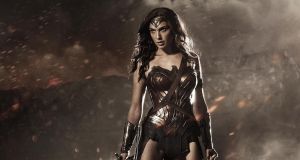 Gadot stars as an Amazon super-woman who helps Pine’s agent defeat the Germans during (in questionable taste) the first World War. It wouldn’t take much for Wonder Woman to become the best film in the DC Extended Universe to date. Sure enough, it knocks Suicide Squad and Batman v Superman into a cocked cowl. It’s funny, lively and unpretentious. It is unencumbered with DC “Easter eggs”. Sadly, it does still end in a boring super-punch up. 12A cert, gen release, 140 min DC

This eye-popping restoration of Fritz Lang’s Destiny (Dur müd Tod), set to a newly composed orchestral score by Cornelius Schwehr was unveiled, to no little fanfare, at Berlinale 2016. The Friedrich Wilhelm Murnau Foundation and its partners spent more than a year restoring the original colours and intertitles to a film that, since its 1921 heyday, had faded and degraded almost beyond recognition. Now jollied along by the 70-strong Radio Symphony Orchestra Berlin, its key horrors and delights – an owl in the moonlight, a midget presiding over a cockfight, a secret lover buried alive – are all the more searing. Club, IFI, Dublin, QFT, Belfast, 99mins TB

The great Japanese director returns with the story of a broken marriage and its effects on children. As ever, the director has fashioned a lovely, appealing, lightly comic film that exists somewhere between late Ozu and early Spielberg. Just when you think you’re watching a variation on The Parent Trap, the film wanders away from big strings and melodrama. The bickering, especially between Ryota and his suspicious sister, is keenly observed. PG cert, IFI, Dublin, 118 min TB

It’s a shaggy beast of a conceit: a dog, voiced by Gad, ponders the nature of his (or sometimes her) existence through successive reincarnations. These lives are shaped and determined by human companions and the kindness (and unkindness) of strangers. Against all odds, this translates into a warm, family-friendly entertainment, particularly for those who live with a dog. Or have lived with a dog. Or have ever seen a picture of a dog on the internet. Cheesy but nice. PG cert, gen release, 100 min TB

Stirring, kinetic adaption of Nikolia Leskov’s 1865 novella Lady Macbeth of the Mtsensk, concerning a young woman who fights back violently after being sold into a loveless marriage. Oldroyd relocates the stort to Northumberland with windy, effective results. Pugh, who made such an unforgettable debut in Carol Morley’s The Falling, is remarkable as the variously carnal, ruthless, suffering, pitiable, monstrous anti-heroine. Imagine the fur and feathers Angela Carter would spit out if she chewed up Downton Abbey. 16 cert, Triskel, Cork, 89 min TB

Wonderful French animation concerning a group of disadvantaged youths in a care home. The film is a beautifully balanced, visual marvel. Barras has a habit of holding group shots longer than expected to press home the increasing closeness of the kids. He gives them round, expressive eyes, framed by reddened rims that speak to their continuing stress. Only a jerk would complain about it painting to rosy a picture of such scenarios. 12A cert, lim release, 66 min DC