Rey: Filmed over seven years, it often feels that way

This unconventional historical yarn is disjointed, self-important and lacks humour 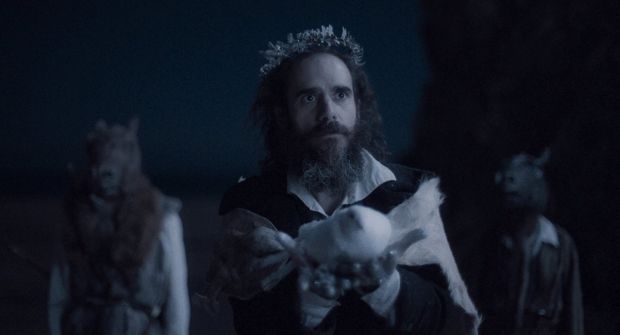 It’s a little unfair to sneer at something proudly off-centre, but the latest from experimentalist Niles Atallah is not quite so singular as it believes itself to be. Certainly nobody will confuse it with a conventional historical yarn.

One of the techniques used in this biopic of Orélie-Antoine de Tounens, self-declared King of Araucanía and Patagonia, involves shooting 16mm film and then burying the footage to ape the effects of decay. During one segment, the actors don avant-garde masks. Treated archival footage is inserted as counterpoint and visual footnote. There’s a bit of kaleidoscope work in a spectacular closing freak-out.

For all its oddness, Rey still manages to summon up too many reminders of distinguished predecessors. The recreation of archaic cinematic techniques leads us towards Guy Maddin. The psychedelic frontier adventures send out unavoidable flavours of Alejandro Jodorowsky. (A cheaper critic than me might further argue that the final kaleidoscopic meltdown plays a little like the video for My Lovely Horse.)

What the film misses is a sense of harmony. The visual flourishes and textual games never fit together into an acceptable pattern. The picture was filmed over seven years and it often feels that way. Freaky scenes with monochrome ambient rock-forms sit awkwardly beside conventional digital footage of adventures in the South American undergrowth.

Still, nobody could argue that there isn’t plenty to ponder here. Rodrigo Lisboa plays de Tounens, born and raised in France, as a combination of heroic champion and deluded naïf.

As the picture progresses, worthwhile insights into the colonial history of the region slips through the ragged cracks. The threatened culture of the Mapuche people is treated with respect.

But the film is too disjointed, too self-important and – surprisingly, given its playfulness – a little lacking in humour.

Oh well. Critics once said some of those things about the work of Jodorowsky.