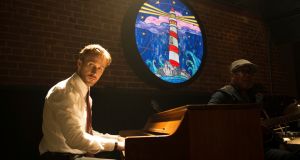 Ryan Gosling in La La Land, which as been nominated for an almost unprecedented 14 Oscars, including Best Actor and Picture. 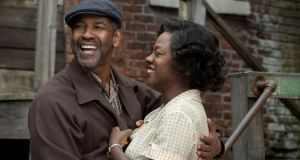 Denzel Washington and Viola Davis, nominated for Best Actor and Best Supporting Actress for Fences. Davis would seem to have a lock, and Washington could be a contender if Casey Affleck runs out of steam. 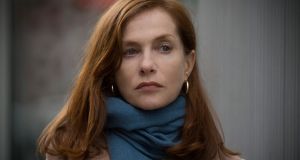 Isabelle Huppert, a surprise Golden Globe winner, has been Oscar nominated for the hard-hitting French drama Elle. She could be a dark horse Best Actress contender if Emma Stone and Natalie Portman cancel each other out. 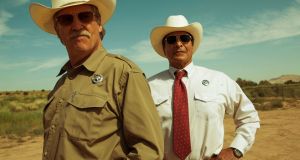 Jeff Bridges (left) nominated for Best Supporting Actor in Hell or High Water, would appear to be the only possible competition to Mahershala Ali for Moonlight.

There are regular complaints about the Oscar nominations proving too predictable, and this year is no exception. Still, many of the categories will kick up some interesting competitions.

Yes, La La Land should cruise to best picture, which would make it the first original film musical to win since Gigi way back in 1958.

Nobody is beating Viola Davis in best supporting actress. But favourite Casey Affleck, who has been dogged by scandal concerning a harassment case settled out of court, could lose out to Denzel Washington in best actor.

Washington would thus join Jack Nicholson, Daniel Day-Lewis and Walter Brennan as the only male actors to take three statuettes.

Best actress is also competitive. Emma Stone could be gathered up in a sweep for La La Land, but Natalie Portman’s turn as Jacqueline Kennedy has been greatly admired. Could Isabelle Huppert, who triumphed at the Golden Globes, become only the second French actor to win for a role in their own language? Maybe.

Come to think of it, there really aren’t that many tough fights in the high-profile races. Punters are probably better off finding a bookie who will take a bet on best animated short or best foreign language film.

Perhaps the greatest imponderable is whether La La Land, with the joint highest nominations ever, can equal (or even beat) the record for most wins. It will need to convert 11 of its 14 nominations to tie the total jointly held by Ben-Hur, Titanic and The Lord of the Rings: The Return of the King.