No golden ticket to movie success

Though well-liked, Steven Spielberg’s ‘The BFG’ struggled at the box office – just the latest in the chequered history of Roald Dahl film adaptations 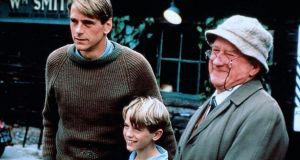 Jeremy Irons, Samuel Irons and Cyril Cusack in the 1989 movie of ‘Danny, the Champion of the World’ 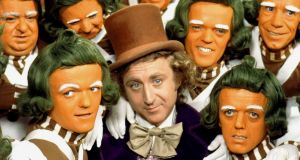 In May, Steven Spielberg’s The BFG played out of competition at the Cannes Film Festival. Almost all critics agreed that the combination of Spielberg and Roald Dahl would cause cash registers to overheat.

“The BFG is gonna be huge. That much practically goes without saying,” Peter Debruge of Variety raved. He had, however, a slight qualification: “The BFG won’t have an easy time getting anywhere near the 20 highest- grossing films of all time.”

This proved truer than Debruge imagined. Following a catastrophic opening at the US box-office, The BFG has limped its way to $153 million worldwide. When you add marketing costs to the $140 million production budget, it becomes clear that the film lost a fortune. The all-time chart at Box Office Mojo only goes up to No 650. The BFG is not on it.

Roald Dahl adaptations should be a Hollywood mainstay. Divorced deadbeat dads, eager to entertain wee Brian on the second Saturday of the month, have helped family films survive all box-office vicissitudes. But Dahl movies have had trouble registering with mass audiences.

There is just one genuine smash in the portfolio, but it is one that few people admit to liking. Tim Burton’s Charlie and the Chocolate Factory, starring Johnny Depp as a near-sociopathic Willy Wonka, was the seventh biggest film of 2005.

That oddity aside, the history of Dahl at the cinema is a history of commercial under-performance. Audiences won’t even turn out for classics. In 2009, Wes Anderson directed a gorgeous stop-motion adaptation of Dahl’s Fantastic Mr Fox. Featuring elegant voice-work from the likes of George Clooney, Meryl Streep and Bill Murray, the film combined Anderson’s urbane snark with Dahl’s dark whimsy to irresistible effect. Right? Well, not that irresistible. Mr Fox fought to make a profit.

Hang on moment. This week, we have been mourning the great Gene Wilder and reminding ourselves of Sunday afternoons watching Willy Wonka and the Chocolate Factory (1971). The film’s accommodation of pitch-black humour – just think how the rude kids are tortured and terrified – with a post-hippie surrealism plays as well with adults as it does with younger people. Now that’s what you call a hit. Right?

In fact, Willy Wonka was such a flop on release that Paramount failed to renew its distribution deal. Never an easy man to please, Dahl hated the shift of emphasis from Charlie to Wonka and ended up disowning the project. (Bizarrely, Charlie’s name was dropped from the title because, in 1971, it was felt it might have suggested US soldiers’ nickname for the Viet Cong. ) It was not until Willy Wonka emerged on TV and home video that it began to accumulate its fanatical following.

Dahl was not then the Capo di tutti capi of UK children’s literature. He had yet to publish The Twits, The Witches and Matilda. Though Charlie and the Chocolate Factory had sold well, there was not yet a Dahl “brand” to flog. It was Generation X rather then the baby boomers who grew up with those delicious novels and the mischievous Quentin Blake illustrations.

In truth, unlike the all-conquering JK Rowling, Dahl has never become a full- throated phenomenon in the US. Despite being relocated to America, Danny DeVito’s lovely Matilda (1996) did poorly in that country. Nicolas Roeg’s even better The Witches (1990) – which made impeccable use of Angelica Huston as the Grand High Witch – confused international audiences with its blend of full-on horror and cheeky matinee mischief.

“Roald liked films to be faithful to his books,” Liccy Dahl, his widow, said in 2006. “His favourite of all the films was Danny, the Champion of the World, probably because it was the most faithful.” That 1989 television film, starring Jeremy Irons as a rural garage owner, is a quiet delight that deserves to be better known.

Dahl might have also tolerated Henry Selick’s gorgeously constructed musical variation on James and the Giant Peach (1996). “Roald would have been delighted with what they did with James. It is a wonderful film,” said Liccy.

Whatever the reason, Dahl has never became the force in popular cinema his fans might have expected. There are some superb pictures here – Fantastic Mr Fox, Willy Wonka, The Witches – but no financial empires were built on their foundations.

Yet in an alternative universe he could have ruled the movieverse. The most successful Dahl adaptation that never was came close to fruition as far back as 1943. The author wrote his first book, The Gremlins, as the scenario for a feature-length Walt Disney animation.

The deal fell through and Dahl moved away from children’s fiction for another 18 years. Who knows what might have been?