M review: Making a victim of a monster 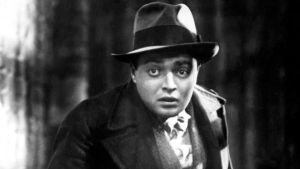 The story goes that, after seeing Peter Lorre excel in Hans Wedekind’s Spring Awakening, director Fritz Lang made a pact with the young German actor. If Lorre would stay away from the cinema for the moment, Lang would eventually devise a lead role as his proper debut. Lang was true to his word.

Lorre could have been forgiven for feeling a little uneasy at what he was presented with in 1931. The clammy Hans Beckert is a child murderer who is ultimately asked to offer an defence of his status in life. No other film has done such an unsettling job of making a victim of a monster. This is no Beauty and the Beast. Beckert is not a wronged man taunted unfairly for his unprepossessing looks. He really does commit the most appalling of crimes (some represented explicitly, others broadly hinted at). But Beckert’s final plea to the improvised jury is hard to rebut.

Tracked down by an army of criminals – the “nonce” has always occupied the bottom rung of every moral ladder – the antihero is then tried before an unsavoury improvised jury. Hans argues that, whereas they chose to live a life of crime for monetary gain, he is compelled to act as he does and is tortured by remorse afterwards. “Who knows what it’s like to be me?” he pleads. Few contemporary films would risk such queasy ambiguity.

With the Nazis on the rise, Lang and Lorre soon left for Hollywood, where they developed hugely distinguished careers. The director made such classics as Rancho Notorious and The Big Heat. Lorre enriched Casablanca and The Maltese Falcon. Yet nothing they accomplished matched the originality and sheer intellectual daring of M. Enjoy the expressionist shadows as it is reissued in a crisp new print.

TV guide: 24 of the best shows to watch this week