Jamie Dornan: Out of Shades’ shadow

The Irish actor has taken ‘Fifty Shades of Grey’, his bonkbuster breakthrough, in his stride. The fundamentals of your life don’t change, he says 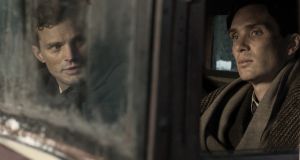 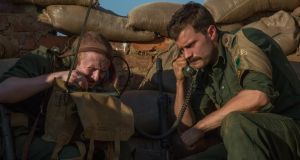 Jamie Dornan: in the Netflix war drama The Siege of Jadotville 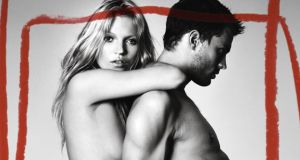 Northern Ireland is a small place, and the suburban bubble that swells from south Belfast into north Co Down is smaller still. When I mention that I’m talking to Jamie Dornan my mother observes that she met his father once or twice. You expect that sort of thing to happen.

“Did he deliver you?” Dornan says, laughing.

Alas, no. Prof Jim Dornan, a distinguished obstetrician, was some years from qualification when I entered the world. But it was nice of him to ask.

“Dad delivered 6,000 babies in Northern Ireland,” Dornan says. “He has quite a reach. There’s that worrying thing. You used to be out and about. ‘Oh, your dad delivered my little sister.’ Now it’s, ‘Your dad delivered me.’ And I think, I shouldn’t be in this bar.”

It would be wrong to suggest that you meet people like Jamie Dornan every day in that part of the world. He is, after all, so implausibly good looking that mere mention of his name makes mortal men feel slightly nauseous. But he does still sound very much like a middle-class chap from Holywood. He went to Methodist College (always “Methody”), at the base of Malone Road. He liked to play rugby. He speaks with a polite twang that narrows the vowels.

Come to think of it, you don’t meet many people like Dornan anywhere. Now 34, he achieved some early renown as a model. He chilled the spirits as a serial killer in The Fall on TV. But his turn as the suave sex maniac Christian Grey in Fifty Shades of Grey has pushed his celebrity to another level.

Dornan and his wife, the actor Amelia Warner, now spend most of their free time with their two children in the Cotswolds. “We have a very quiet existence,” he says. “Actually, we panic if it’s 10 o’clock and were not asleep. Look, with two kids under 2½ you’re just knackered all the time.”

Still, Dornan has found time to appear in three films that premiere in the second half of 2016. The 9th Life of Louis Drax is in cinemas. The Siege of Jadotville, the story of the Irish UN battalion bravely besieged in the 1961 Congo disturbances, played at Galway Film Fleadh.

And this week, in the busy Anthropoid, we get to see Dornan play one of the two Czech paratroopers who assassinated Reinhard Heydrich, architect of the Holocaust, in wartime Prague.

“They are absolute heroes in the Czech Republic,” he says. “You have no idea. This was the highest-ranking Nazi to be assassinated. How did I not know about this?”

So how did we get here? I assume that Dr Dornan would have preferred his son to enter a more respectable profession.

“I wasn’t one of those kids who wanted to be an actor when he grew up,” Dornan says. “But I got a real kick out of acting at school. I had to keep up appearances of being a rugby jock. Rugby was a big part of my life. I had to uphold that when round the boys. But, once in the drama studio, I unleashed another part of myself.”

The move from school to real life must have been particularly difficult. Dornan’s mother, Lorna, died of cancer when he was 16. That’s the stage at which young people are pressed into deciding who they will become.

“That’s right. And then four of my best friends were killed in a car accident,” he says. “You may remember this. It was on Friday, 13th August, 1999, on the way up to Portnoo. They were all at Methody. It was a brutal couple of years. I still don’t have a grip on how it will affect me. An uncle at the funeral said the impact won’t hit you for years. I think about that all the time. The further you get from that the more horrific it seems. It was a horrible time.”

Dornan is, it seems, not the sort of fellow to leave his life unexamined. That seriousness of purpose is useful to a man confronted with his current pressures. He goes on to explain that, even after early success, he didn’t quite grasp that he had a career in acting. More than a decade ago, then almost completely unknown, he secured a small but significant role in Sofia Coppola’s Marie Antoinette. Professional calm descended just as quickly as it had lifted.

If Dornan hadn’t already dedicated himself to the life before 2014, then the job on Fifty Shades of Grey would have ensured commitment. The adaptation of EL James’s spanky sex book was huge, and he and Dakota Johnson became proper stars.

Did he have any regrets? Many still quibble about the (yes, yes, consensual) sexual violence. The film does attract ridicule.

“You think of every aspect of it,” he says. “You think about what will be available to you after. There are things to weigh up. Follow your gut. But, yes, everybody has an opinion about it.

“People who haven’t read the book or seen the film have very strong opinions about them. Then there are obsessive fans whose views are positive. I knew it would divide opinion. But I quite like that.”

The news of the casting attracted the sort of online attention that greets the announcement of a new James Bond. (The current odds on Dornan to succeed Daniel Craig are 40-1, by the way.) Does he manage to avoid all that stuff?

“When the movie came out we went and hid in a very remote part of England. We only checked our phones at the end of each week. We really weren’t online. Watch that stuff too closely and it’s only going to end badly.”

Dornan has managed the aftermath well. Both Anthropoid, which costars Cillian Murphy, and The Siege of Jadotville, due a domestic release before Netflix, are popular entertainments built on serious foundations.

Should we be surprised? Show-business blood is in the family. Dornan is related to the Oscar winner Greer Garson, the star of Mrs Miniver and Goodbye Mr Chips, who was his grandmother’s first cousin. As we said earlier, it’s a small place.

“I was about 12, and Mrs Miniver was on TV. My dad said, ‘That’s your great aunt,’ or whatever. He said, ‘Why don’t you write her a letter?’ She was living in Texas. We tracked down the address, I’d written the letter and the next day we learned she had died. So we never sent the letter.”

“Yeah. My favourite thing is that she gave the longest Oscar acceptance speech ever. They’d never allow that now.”

There’s an ambition to pursue. If he ever gets to the podium he must beat his distinguished relative.”

“Yeah. Ha ha ha! I think I’d need to bring weapons up there to last that long these days.”