Inside Out: a return to form for Pixar | Cannes review

This animated trip inside the mind is funny, sweet and wise enough to suggest that Pixar has got its groove back

The official trailer for the latest offering from Disney Pixar 'Inside Out', starring Amy Poehler. Video: Disney Pixar 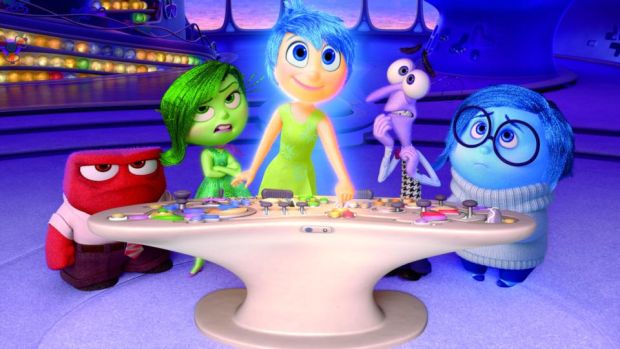 ‘Amy Poehler voices a fairy-like Joy. Phyllis Smith speaks hilariously for Sadness, an emo kid in a comfy blue jumper. Lewis Black’s Anger has a head that is too often on fire’

Film Title: Inside Out

The latest animation from Pixar Studios – directed by Pete Docter of Up – debuts at the Cannes Film Festival to heated (though nervous) expectation. After the poor Cars 2 and the so-so Monsters University, the studio had a great deal to prove. The news is mostly good. A Numbskulls for the digital generation, Inside Out is funny enough, sweet enough and wise enough to sit in an adjacent room to Up and WALL-E. It is not in the same class as those films, but the team is clearly back on the right road.

Most reservations hang around the overly complicated internal mechanics of the story. Inside Out imagines a universe in which the human mind is run by personifications of the emotions. Amy Poehler voices a fairy-like Joy. Phyllis Smith speaks hilariously for Sadness, an emo kid in a comfy blue jumper. Lewis Black’s Anger has a head that is too often on fire. So far, so lucid. But we also have islands that represent certain bunches of moods, an actual Train of Thought and differently categorised memories in the form of variously coloured spheres.

It is, in fact, probably not worth explaining the details of the administrative difficulties facing Joy and her colleagues. The outer story is easier to relate. We are very much in Spirited Away territory as young Riley Anderson (Kaitlyn Dias) travels with her parents from snowy Minnesota to hip San Francisco (a rare snarky gag features an unmistakable reference to the “Bear” section of that city’s gay community).

It’s a canny construction. Like the heroes of Toy Story, the inner beings work hard to solve problems for their human master. The animation also offers nice contrasts: San Francisco is dulled down, while the fantasy world buzzes with primary-coloured insanity. The film’s visual highlight comes when – in the style of Daffy’s Duck Amuck – the characters are broken down into abstract versions of themselves.

It seems unkind to whinge when such a great studio gets its groove back. But the hysterical closing gags in which we enter different beings’ heads – including those of cats and dogs – do suggest that certain opportunities were missed in the main body.

Oh never mind that. Nice to see you again, Pixar.