I Got Life: a marvellous, menopausal mini-odyssey 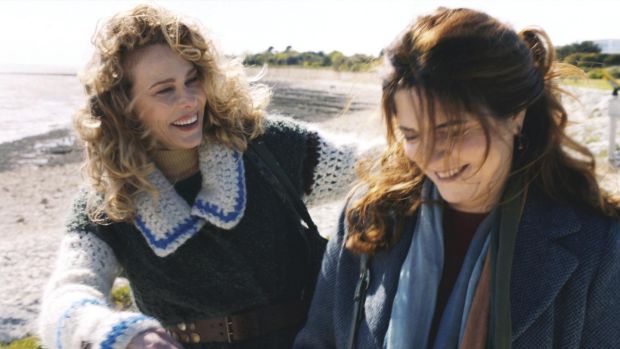 Film Title: I Got Life

The menopause has been little examined in art. The more polite BBC sitcoms – the type set in Surbiton – have occasionally touched upon the subject, but it has elsewhere been no more busily addressed than the South Sea Bubble.

Blandine Lenoir’s lovely, intricate film also comes at the subject with a comical lilt. There is, however, an undeniable seriousness of purpose here. As middle age properly sets in, Aurore (Agnès Jaoui) is cast adrift on a mini-odyssey. She reassesses age, race, social status and the importance of sex.

At times, the film comes across like a less cerebral version of Mia Hansen-Løve’s Things to Come; Jaoui doesn’t strive for Isabelle Huppert’s intellectual heft – but it never loses its easy, digestible tone.

A great deal is placed on Jaoui’s shoulders, but she rises to the challenge and brings real colour to her performance

A clatter of traumas and opportunities fall around Aurore as she comes to terms with the hot flushes. One daughter announces that she is pregnant. While out with an eccentric friend, she encounters an old love that she has barely considered for decades. After one too many arguments with her manager, she quits her job as a waitress.

Tendrils of satire are woven through most every scene. An older Johnny Depp who’s let himself go (or “Johnny Depp” as we now style such people), the restaurant boss insists that staff adopt sexy names such as “Samantha”. Working with a community of old people, Aurore watches an art expert explain how men are, at death, often depicted as completing a journey, while women are represented as being unfulfilled.

“You whites discover discrimination with age,” a person of colour tells her with a good-humoured smile.

A great deal is placed on Jaoui’s shoulders, but she rises to the challenge and brings real colour to her performance. When Aurore’s habitual, weary resignation collapses and raw emotion breaks through, the contrast is startling. She has allowed herself to become too much of a solid, reliable comfort. Who will comfort her?

The picture is, perhaps, a little clunky in its handling of the protagonist’s love life: the right man is too starkly distinguished from the potential sleaze. But it remains impressively sharp on its core topic. At the beginning, Aurore bitterly remembers that her mother, when her period first came, said: “You’ve become a woman.” So what is Aurore now? “You said the same thing to me,” her own daughter laughs.