Finding Your Feet: Mix cheese and sleaze to make a Britflick 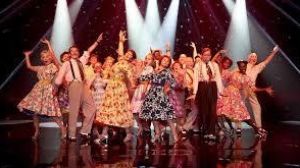 It would be easy to overstate the cultural and financial impact of the so-called grey pound movie. For all the kerfuffle surrounding the unexpected box-office success of The Best Exotic Marigold Hotel, that film’s global haul ($136.8 million and $86 million for the 2015 sequel) is significantly less than the staggering $404 million that Black Panther managed in its opening weekend. Still, the grey pound movie is one of the few sub-genres that continues to thrive in a marketplace dominated by franchises and superfluous sequels.

With its cast of stalwarts and its fish-out-of-water narrative, Finding Your Feet can feel awfully familiar. Yet one would hesitate to call the same film cosy.

Little Englander Sandra (Imelda Staunton) is looking forward to her husband’s retirement and a possible peerage, when, during a gathering of their well-appointed chums at their well-appointed home, she stumbles upon her partner (John Sessions) and a close friend (Josie Lawrence) canoodling in a cupboard. A stand-off ensues. Or as the very colloquial script has it: “You’ve been bonking her behind my back.”

Sandra promptly packs her bags and heads to London to stay with her estranged and free-spirited sister Bif (Celia Imrie). It takes a little time, but slowly Sandra acclimatises to Bif, the council estate where they live, and her community dance group chums, a lively bunch including Charlie (Timothy Spall), Jackie (Joanna Lumley) and Ted (David Hayman).

The film soon swerves into Full Monty territory, as the gang gear up for an appearance at the Rome Biennial.

So far, so every second Britflick. The screenplay, by Nick Moorcroft (St Trinians) and Meg Leonard, is peppered with the kind of double entendres that used to punctuate Sid James’s dirty laugh in the Carry On films: “That should stop anybody rummaging through your drawers,” offers Timothy Spall, gamely, after a spot of DIY.

Finding Your Feet just about gets away with a bevy (we suspect this is the relevant collective noun) of jokes that would have seemed outdated in a first run season of Terry and June. Director Richard Loncraine (Slade in Flame, Wimbledon) steers a decent path through material defined by cheese, a little sleaze, and unexpected melancholy.

Between the capering, there are meatier subplots concerning Alzhiemer’s, terminal cancer, adultery, and in flagrante death. A fine ensemble cast enliven the unloveliest moments.