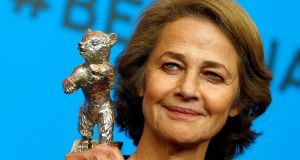 Actor Charlotte Rampling has said the controversy over there being no black actors on the Oscars acting shortlists is unfair to the white actors who were nominated.

“Perhaps the black actors did not deserve to be in the final straight,” she said.

The 69-year-old, who is up for the best actress award for her role in 45 Years, told French radio station Europe 1: “It’s racist to white people.”

“We can never know if it was really the case, but perhaps the black actors did not deserve to be in the final straight.”

When asked whether the Academy of Motion Picture Arts and Sciences should introduce quotas, she said: “Why categorise people? We live in countries where everyone is more or less accepted.

“There are always issues like, ‘He is less good looking’, ‘He is too black’. There is always someone who says ‘You are too . . . ’ So are we going to say, ‘We will categorise all that to make lots of minorities everywhere?”’

Asked if the black community in the film industry felt like a minority, she replied: “No comment.”

Rampling is up against Kate Winslet, Jennifer Lawrence, Cate Blanchett and Brie Larson is the best actress category.

The actor echoed comments made by former Oscar winner Michael Caine on BBC Radio 4’s Today programme on Friday, who said: “You can’t vote for an actor because he’s black.

Earlier in the day, he said that nominations should be based solely on performance.

“You have to give a good performance and I’m sure people have. I saw Idris Elba [in Beasts of No Nation]. Did he not get a nomination? I thought he was wonderful.”