Are we being engulfed by a new wave of Irish horror? 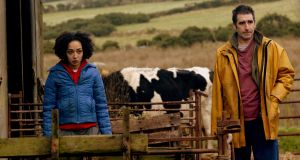 Last autumn, Peter Foott’s The Young Offenders, everyone’s favourite Corkonian layabout comedy, stretched definitions when it played at the Fantastic Fest in Austin, Texas. The picture went down very well. One review in particular saw it as a welcome deviation from an apparent norm. “For the last few years, Irish cinema has been synonymous with horror,” Richard Whittaker wrote in the Austin Chronicle. Coming in the same year that Room and Brooklyn took best picture Oscar nominations, the comment came as something of a surprise. Has a new wave of Irish horror passed most of us by?

Maybe. Whittaker’s remarks reflected the sort of Irish films that make their way to festivals and that get picked up by streaming services. Horror still offers financial possibilities to producers working to a low budget. Each year, the basement of the Palais at the Cannes Film Festival groans with ambitious operators flogging Romanian slasher films and Thai vampire epics. There’s gold in them there Hills Have Eyes. (I apologise profusely for that joke.)

Whittaker traced the rush of Irish macabre back to the release of David Keating’s Wake Wood in 2011. That effective folk horror was a co-production between the recently revived Hammer Films – the legendary British studio – and a canny Irish operation called Fantastic Films. At the 2013 Cannes bash, where they were presenting their science fiction horror Last Days on Mars, Brendan McCarthy and John McDonnell, the company’s founders, talked through their strategy. “We are a genre-focused company,” McCarthy said. “What that means is we make horror films and science-fiction films. We do that because we feel there is a dedicated audience for these films. In the horror idea, if you look up sites like Blood Disgusting and Fangoria, you find that core audience in abundance. If they like a film, there’s a chance it might break out.”

It may be stretching it to suggest that there has been an Irish horror boom over the past decade, but the genre has certainly registered with domestic film-makers as never before. There is no linking mood here to compare with the heritage horror that Hammer and competitors brought to the UK in the 1950s. We don’t sense a common flavour to set beside the perplexing, long-haired hauntings in Japanese horror from the turn of this century. The films are rich in variety and tone.

Back in 2004, Conor McMahon brought his characteristic strain of (literally) visceral humour to a delightfully mad zombie thriller titled Dead Meat. He and his producer Ed King argued at the time that the set had been haunted. The picture confirmed that it was possible to mount a saleable production on a minuscule budget. “I was always looking for new ways to kill people,” Conor told me. “I made all kinds of films, but the horror films that I made always got the best response when I brought them into school. I made other things, like a version of Othello, but I managed to get horror into that too.”

A year later, the then largely unknown Ruth Negga appeared in another rural horror entitled Isolation. It pays to skew towards the zeitgeist and, with this in mind, director Billy O’Brien hung his film around the contemporaneous fear of mad cow disease. No great avalanche of horror followed, but O’Brien and McMahon had uncovered a path along which others would follow. In 2012, Jon Wright’s Grabbers adopted a very different tone. Based on an endlessly witty script by Kevin Lehane, the picture imagined an attack on a seaside town by ruthless sea creatures. There was something of the giant radioactive creature craze from the 1950s about Grabbers. The comedy was inviting and the characters were warm.

We now reach the point where Irish horror can reasonably be described as an industry within an industry. This week, we get to see Catherine Walker and Steve Oram in Liam Gavin’s hugely impressive A Dark Song. Walker stars as a bereaved mother who joins Oram’s occultist in a fiercely detailed, ultimately dangerous necromantic rite. A few years ago, Ivan Kavanagh, who began his career making Bergmanesque family dramas, drifted towards urban horror with The Canal. John Carney, who reinvented the musical with Once and Sing Street, took a diversion towards the supernatural with The Rafters. Billy O’Brien recently returned to make the well-received I Am Not a Serial Killer with the great Christopher Lloyd.

What binds these films together is the lack of anything that binds them together. Is that sufficiently enigmatic? Some are by directors taking a holiday in the macabre. Others are first features by film-makers who see horror as route towards the lower rung on the industry ladder. Quite a few are by directors who, having lived and breathed the genre all their lives, now yearn to follow in the dedicated footsteps of Wes Craven and George Romero.

The lesson here is that horror is so flexible a form that it can accommodate almost any sensibility. Savour the appalling variety.

A Dark Song is on general release.

The Music Quiz: Who played a Dublin gig on the same night as Adele in 2008?
3