After almost 45 years of recording, Christy Moore has gathered his 45 best songs on a triple CD, ‘Where I Come From’ 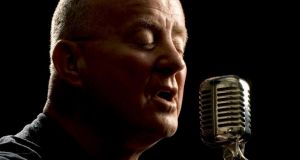 From the heart: Christy Moore 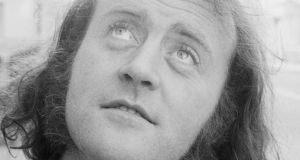 He can feel certain stories nagging at him to be preserved in music – Savita Halappanavar, the Corrib gas controversy and Johnny Carthy, the 27-year-old man shot by gardaí in the Abbeylara siege – but their channelling has proved elusive.

The trouble is that Moore couldn’t be less cavalier about the craft. He will spend years honing songs he didn’t write himself, obsessively reshaping them into the right fit. You can see signs of the process all over Moore’s music room at his home in Monkstown, in south Dublin: a clutter of potential set lists, Post-it notes, ornaments and instruments. Just last night he wrote a new verse to Delirium Tremens, a song he composed 28 years ago.

“It’s difficult,” he says. “I’m working on a bunch of new songs now, and none of them are coming. I may never write another song . . . and it doesn’t matter if I don’t, because the ones I have are great.”

Moore has never been prolific. By his own count he has written about 100 songs since he began recording, in 1969, 45 of which he reckons are decent. For the first time he has gathered that output in one place: a triple album entitled Where I Come From. The artwork, already hanging on a wall outside, depicts an atlas of inspiration, a blending of pathways that have shaped his life.

“My songs are scattered across so many albums that you think, Wouldn’t it be nice to have them as one body of work? If I die tomorrow some record company might just bang them all together. At least I feel it’s done now, and my family have a collection of my songs. They won’t have to go rooting through 30 albums to find them.”

Moore being Moore, all the songs have been recorded anew. Those that didn’t measure up have been scrapped; those that felt timeless have been pared back to shine unhindered.

“It’s been an interesting journey to go back through it all, because while you move on, the work stays there,” he says. “Take a song I wrote in the ’70s or ’80s: all these years later I’m a much older man and I hear things differently. Some of the things I did back then would make me wince now – even the way I sang. My melodies are very basic, my guitar playing is limited, so there was an opportunity to improve certain songs musically, and some of them are now much better than the original recordings.”

Life in song
Moore, who is 68, is sitting at his desk, a guitar and bodhrán by his side, taking his glasses on and off as he recounts a life in song. Having grown up in Newbridge in Co Kildare, he initially became enamoured with rock’n’roll – Bill Haley, Elvis, Buddy Holly – until the sound of The Clancy Brothers eclipsed everything else. They weren’t just singing about Ireland, he says, they were speaking his language.

“When I started singing, 50 years ago, there was no such thing as songwriters. Think about all the songs handed down through the millennia – it just didn’t dawn on me to view myself as a songwriter. Songs were things you collected, cherished and passed on. I would travel to Galway or Roscommon or Manchester just to track one down.”

Moore pulls out a photocopied issue of Time Out from 1969, his fingers running over the listings until he finds his name. Three years after leaving his job at a bank to immerse himself in the English folk-club circuit, he played on the same bill as Peggy Seeger and Ewan MacColl in London. The awe that came from sharing a stage with a songwriter of MacColl’s calibre sowed a seed, Moore says.

But it was through the “journalistic approach” of Woody Guthrie (and later Bob Dylan) that he learned to find a voice, to chronicle matters of consequence and to subtly expose injustice.

The opportunity to do so arose in 1978 when Moore visited the H-blocks of Maze prison, in Northern Ireland, meeting paramilitary prisoners who were on a blanket protest over their rescinded political status. That inspired 90 Miles to Dublin, its title a nod to the frustration of seeing an issue so close to home eliciting apathetic silence. Evidently, Moore’s first composition touched a nerve: the song sold out and was promptly banned.

Though the craftsmanship would evolve, that same strand of social commentary courses through Where I Come From, not just charting critical events in Irish history but picking away at the scabs they left behind.

Taboo topics
There are songs for Bloody Sunday, Veronica Guerin, the Birmingham Six, the Stardust nightclub disaster (another song of Moore’s that was banned), the Holocaust, Haiti, Anne Lovett, Giuseppe Conlon, abuses in the Catholic Church, Irish volunteers in the Spanish Civil War and the strip-searching of women in Armagh Gaol. Taken together, it’s difficult to think of another artist who not only refuses to shy away from taboo topics but tackles them with thought-provoking compassion.

“There are subjects in this collection that are very important to me,” he says, lowering his voice as he leans forward. “Even though it mightn’t reach that many people, it’s all there. They’re little monuments, and I’m glad they’re marked.”

Moore gets up and walks over to something else he wanted to memorialise, gesturing at a photograph of himself outside the home he grew up in. “I often think of that house, that life, that world,” he says. “It’s totally gone from the face of the earth, but it’s in the [title] song, and I get transported back there when I sing it, even if only momentarily.”

Those moments of transportation define Moore’s live experience. It’s the rousing craic, sharpened wit and electric atmospheres evoked in the anthemic Joxer Goes to Stuttgart, the ever-evolving Lisdoonvarna (now updated to include Swedish House Mafia) and Welcome to the Cabaret, an icebreaker developed to settle nerves and woo crowds. He records every concert – “I treat it as a special entity, not a place for promotion” – mindful that every spontaneous dip into the repertoire could produce an unforgettable one-off.

Moore’s songbook is steeped in the lore of nights gone by, its liner notes blotted with references to darkened snugs, lethal concoctions and crippling hangovers. He began drinking at an early age, recognised a problem at 23 and finally swore off his dependency after a concert at Moorefield GAA Club, in Newbridge, in 1989, the same night he wrote Moorefield – a song he hasn’t touched since.

Recovering alcoholic
Getting back on the road and playing that material to revved-up crowds must have been difficult for a recovering alcoholic. “It took about 10 years before I could be comfortable with it,” he says, nodding. “A drunk person in the room used to really rattle me. I’m much better at living with it now, though. I very seldom get angry. It’s all part of the experience.”

If there’s any question whether Moore’s social commentary is still as relevant, still as biting, then there’s arguably no better gauge than the debate that his most recent composition, Arthur’s Day, has helped stoke. It’s a clever takedown of what he sees as an insidious marketing ploy, and despite its mention of Twitter and Mumford & Sons the song slots seamlessly into his catalogue.

“Arthur’s Day was just so horrible and ugly,” he says. “The problem is the drink industry is seeking to convince young people that the only way they can enjoy themselves is by having a relationship with their product. Musicians are then being exploited to move that product, but it’s dressed up so well that people get incensed if they’re deprived of this thing.” It’s a difficult one to argue, he acknowledges, but it’s a debate worth having.

“I think now that the cynicism of the PR campaigns is finally being noted, politicians will think twice before standing beside Diageo PR people to advertise the next Arthur’s Day. Still, I did encounter severe anger and criticism for opposing it.”

He stops himself, smiles and shrugs, offering a hint that perhaps he’s not quite done with the craft of songwriting just yet.

“But so what? I’ll take that. It’s not the first time that happened, and it won’t be the last.”

Where I Come From is on Sony Music