You Will Be Safe Here review: Stunning dissection of human barbarism 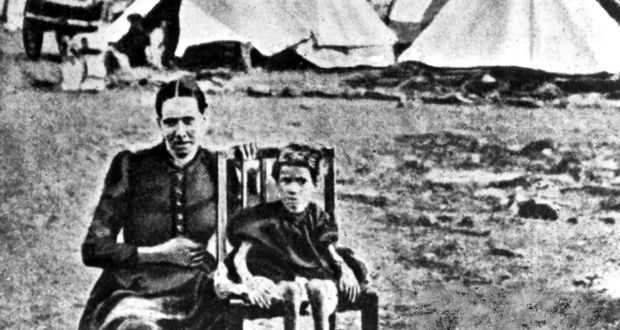 Book Title:
You Will Be Safe Here

Of the many different emotions a novel can inspire in its readers, anger is rarely one of them, but I’d challenge anyone to come away from You Will Be Safe Here in a state of calm. It tells a story so powerful and upsetting that it’s a useful reminder of how fiction can illuminate the indignities visited upon those the world has mistreated and then forgotten.

Damian Barr’s debut novel, set across more than a century of South African history, has an unusual structure in that the first third initially seems unrelated to what follows but it soon becomes clear that the experiences of the earlier characters resonate through the lives of those who subsequently pick up the story.

It begins in 1901, during the second Boer war, with a diary kept by a young Afrikaans woman, Sarah, who along with her six-year-old son, Fred, is interred at a British concentration camp in Johannesburg. Sharing an account of the many hardships and indignities that are visited upon the women, the medicines they are denied, the food they’re deprived of and the lengths they will go to in order to keep their children alive, it’s an authoritative recreation of a time that is rarely talked about in history classes today.

Indeed, it seems to have all but vanished from the culture, perhaps because the behaviour of the colonisers was so obscene that those of an imperial mindset would prefer to forget their criminal past, as witnessed by a recent episode of Question Time in which Jacob Rees-Mogg not only declared that “the Boer war had people put in concentration camps for their own protection” but that those whose farms were stolen from them by the British through their Scorched Earth policy were being brought there to be fed, a claim incontrovertibly refuted by historical fact. But perhaps it’s no surprise that Rees-Mogg would make such a claim – it’s more convenient, after all, to view one’s ancestors as philanthropic heroes than immoral land-grabbers.

A hundred pages in, the story skips forward to the 21st century, where another mother, Irma, is complicit in allowing her 16-year-old son to be sent to another camp, New Dawn, where sadists in uniforms, masquerading as soldiers and awarding themselves army titles, welcome troubled teenage boys for three-month stays where, they promise, they will be turned into men, or at least what their unenlightened understanding of that word means.

Willem, Irma’s son, is an introverted boy, happiest with his pug, Britney, and his Harry Potter books. Bullied by his classmates, he snaps, leading to his expulsion and banishment to New Dawn. He is taunted as a “moffie”: gay. His sexuality frightens him, and his timidity is of no help to him at the camp, where the boys look for anyone who can take their place on the lowest rung of the ladder.

Barr incisively describes South Africa’s past and present, capturing how deeply the crimes of the former continue to affect the life of the latter. Blacks and whites live alongside each other in an atmosphere of mutual distrust, and if there has indeed been peace and reconciliation, it’s not to be found in the hearts of normal, day-to-day workers, each of whom, regardless of race, feels marginalised, exploited and threatened by his or her neighbours.

Where many novels run out of steam as they approach the end, You Will Be Safe Here grows more engaging with each chapter. Willem is a heart-breaking character, tender, uncertain and frightened of the violent world that surrounds him. His grandmother, Rayna, does her best to support him but his only true ally is Harry Potter, to whom he retreats in moments of crisis, a fantasy world where children are heroes, villains are conquered and good will ultimately triumph over evil. Britney helps too.

This is a penetrating study of politics and history, but it’s also about cruelty, selfishness and destiny. All of the characters, from Sarah in 1901 to Willem in 2015, are victims of the whims of powerful, brutal men. If it has a literary precedent, it would be Bryce Courtenay’s The Power of One, which also features a young, white South African boy, subject to bullying and plagued by bladder difficulties, although that book takes place mostly during the 1940s, when the effects of the two Boer wars were still being felt on a country adjusting to the introduction of apartheid.

You Will Be Safe Here is a very fine novel, its title offered to Sarah when she first arrives at the concentration camp and an obvious statement of irony, for both camps in the books, and the cities outside those camps, are enclosed spaces, surrounded by walls and barbed wire, where no one can ever be truly safe. Barr connects the first section to the rest of the book in two very subtle and quiet moments that gave this reader a satisfying shiver down the spine. It’s the work of someone who understands his subject and employs calm, efficient prose to leave the reader feeling stunned by the cruelty and barbarism human beings routinely show each other.