You Should Have Left review: welcome to a hall of mirrors 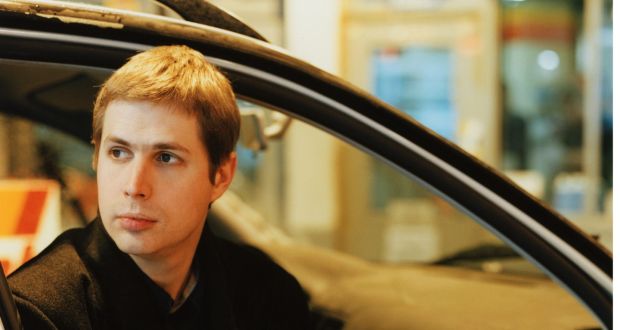 Author Daniel Kehlmann. He exploded on the literary scene with his fifth novel, Measuring the World. Photograph: Sven Paustian

Book Title:
You Should Have Left

It seems too good to be true; the perfect holiday home complete with a brand new teddy. Everything works; the mountain views are spectacular. For an all-too-human scriptwriter, with an edgy actor wife and a toddler in tow, never mind the pressure of a late deadline, it could be the idyll in which to write the elusive sequel to his commercially successful movie Besties, the story apparently of a friendship-turned-rivalry between two young women.

“It’s fitting that I’m beginning a new notebook up here. New surroundings, new ideas, a new beginning. Fresh air,” records the harassed unnamed narrator of You Should Have Left; a hint of despairing hope already audible in his voice as he agonises over the words he has chosen to describe his personal sensations to himself.

Added to that, he is a natural worrier. Within sentences of revealing that his daughter “turned four” the previous week, he is commenting on the dangerous road leading to the house. That and the fact his wife is a “horrendous” driver ignites yet another argument.

Munich-born, internationally-based Daniel Kehlmann exploded on the literary scene with his fifth novel, Measuring the World, a stylish Enlightenment romp featuring the explorer and naturalist Alexander von Humboldt juxtaposed with mathematician Carl Friedrich Gauss, which was published in Germany in 2005. It quickly took Europe by storm, while the English translation by Carol Brown Janeway, which was published two years later, made him famous at 32.

It was followed by Fame in 2010, only a year after its German publication. It is an episodic narrative centring on mankind’s latest tyrannical master – the mobile phone. In Janeway, Kehlmann had found a close friend and the perfect collaborator capable of conveying his humour, linguistic panache and subtle levels of emotional intelligence.

The partnership was brilliantly consolidated with F, a poignant family tragicomedy about three brothers and their self-obsessed estranged father. The German edition was published in 2013, and followed within a year by Janeway’s intuitive translation, which was widely acclaimed as a Book of the Year. It was to be her final project with Kehlmann.

You Should Have Left, his first book since her death in 2015, is wry, eerie and increasingly terrifying. Ross Benjamin effectively conveys the cryptic quality of the conversational narrative being uttered by a man who may be actually losing his mind, or, then again, merely in the throes of a great idea.

The couple bicker away with Susanna, the wife, exploiting her actor’s voice in scoring points. Her career may be in decline but she gleefully ridicules his work and, as he records in his notebook: “ . . . always has to bring up classics to remind me that she had a degree in comp lit and classical studies, whereas I’ve never attended a university”.

He notices everything; possibly because he is in a heightened state, looking for anything that will trigger a story. Honest enough to admit regretting that he can’t identify birds by name; he says he knows nothing about the respective childhoods of the characters he invented in his previous screenplay. “I told the students at the film academy last year that you should know everything about your characters, especially where and how they grew up,” he confides to his notebook, “but I only said it because it’s in the textbooks.”

Kehlmann is a formidable observer with a flair for articulating dysfunctional behaviour. Benjamin’s fluid, savvy translation is alert to the fact that every word has relevance, each hesitation and minor pause adds to the building tension.

While the adults snarl at each other, little Esther chatters merrily: “ . . . telling us about a friend from preschool who is named either Lisi or Ilse or Else and either took a toy away from her or gave her one, at which point the teachers did either nothing at all or just the right thing, or something wrong; little kids are not good storytellers.” Not like Kehlmann.

The house may not have secrets but the place does. When the narrator braves the dangerous road to collect supplies from the only shop in the village, he is warned by the grumpy shopkeeper and then fears what else is being said when another villager arrives and further exchanges are made in an incomprehensible dialect.

Long before the narrator opens one door to flee a room only to discover that another door leads him back, it is clear sinister forces may be at work. All the while the toddler keeps her head as she has no difficulty in balancing fantasy with reality.

Anyone who has ever been transfixed by the creepiness of baby monitors will shudder at reliving the experience. Figures appear at windows and the empty space of a deserted mountainside suddenly acquires an intense claustrophobia.

Set over five days, the novel is an excursion into one man’s thoughts; his imagination is at war with his responsibility and the terror is real. So is the humour: as the narrator prepares to lie to his producer about the progress he has made on the script, the little girl begins to wail. “Just a minute, Daddy has to talk on the phone, stop crying!” The producer, still on the line, waits for the nonexistent plot outline. The narrator senses a lack of trust.

Having walked around in circles in the dark, father and child are back in the house which refuses to release them. The narrator is aware of a man having been in the room with them: “ . . . he wasn’t standing on the floor but on the ceiling, and he was looking down at me as if he wanted to ask for help. But he was only here briefly, and I’m so exhausted that I might also have imagined him.”

Welcome to a hall of mirrors; the narrator could be entering a hell all of his own making. Or then again, perhaps he is in control? Daniel Kehlmann certainly is in complete mastery of an entertaining Everyman’s postmodernist Gothic guaranteed to unsettle.

Eileen Battersby is literary correspondent. She will be interviewing Edmund White and John Boyne, and also reading from her novel Teethmarks on My Tongue, at Festival of Writing & Ideas, Borris House, on Sunday, June 11th