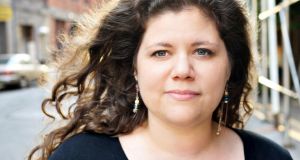 There was no fanfare when Eleanor & Park, the second novel by the American author Rainbow Rowell, was published, two years ago. It wasn’t hyped as the next big thing in young-adult fiction. But almost everyone who picked up the bitter-sweet, unsentimental teenage love story, set in 1980s Nebraska, adored it. And then they told their friends about it, in person and online. The book became a US bestseller, and DreamWorks is planning a film of it.

David O’Callaghan, who buys children’s books for Eason, loved Eleanor & Park – “It’s the real deal: it’s just a beautiful love story” – but says the UK edition’s bland cover and the fact that it wasn’t really marketed for young adults meant it got lost over here.

Word-of-mouth buzz grew any way, and Rowell’s next young-adult novel, Fangirl, cemented her status as a rising star on this side of the Atlantic. Both a raw, sweet coming-of-age story and a pitch-perfect love letter to fan culture, Fangirl struck a chord with readers. And, as with Eleanor & Park, they told their friends.

O’Callaghan says Fangirl’s Irish sales have increased gradually since its publication, in February.

“In the last six to eight weeks we’ve seen it jump from about 50 a week to 120 a week, which is [impressive] for a book that’s been out for quite a long time. It’s like kids are starting to discover her.”

Eleanor & Park has been reissued with a more appealing cover and is one of Eason’s books of the month for July. Like her debut novel, Attachments, Rowell’s new novel, Landline (Orion, £9.99), isn’t about teens. Its heroine, Georgie, is a screenwriter with two children and a disintegrating marriage.

But just as plenty of adults adored Fangirl and Eleanor & Park – I suspect those old enough to know you get over your first love were even more moved by the latter than were teenagers – readers of any age can enjoy Landline’s perceptive, funny and touching take on complicated relationships. You should read it. And then tell your friends.