Word for word: a year of Irish debuts 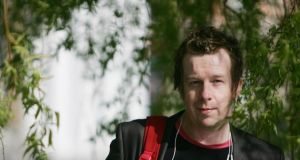 Last month, over a seven-day period, a flurry of lists appeared that, if nothing else, got people tutting, griping and generally talking about books.

The 10-strong shortlist for the International Impac Dublin Literary Award included a work by an acclaimed short-story writer, Kevin Barry, but the nominated book was Barry’s debut novel, published in 2011. Granta’s Best of Young British Novelists list contained six debut authors (many of whom publishers are gently coaxing to write fast follow-ups in order to exploit their one-to-watch status).

When it arrived, Barry’s City of Bohane was something utterly new in Irish writing: a comic, futuristic caper, with a voice and language all its own. It was published in the same year as works by a number of established literary writers but only a handful of high-profile debuts, including those by Belinda McKeon and John Butler. In the intervening two years, a coterie of young writers was working on first novels, each unaware that a striking number of strong debuts would be published in 2013.

While Impac’s nominees are as disparate in language as in geography, Granta’s 20 nominees all hold British passports. But in Ireland, is there a thread that binds the new literary voices together? In the cases of Gavin Corbett and Paul Lynch, authors of This Is the Way and Red Sky in Morning , there are the facts that several publishers bid for their manuscripts and that both, ultimately, got six-figure deals. Both had also worked as journalists at the now defunct Sunday Tribune , and losing their jobs helped them make the leap to full-time writing.

But that’s where the similarities end. Corbett’s book, his second, is set in the world of contemporary Travellers; Lynch’s is a murderous story that begins in 1830s Donegal. Kevin Maher, also a journalist, opts for a coming-of-age tale in The Fields , as does Ciarán Collins in The Gamal .

All these books were published early in the year, and all but one is a first novel, but the male dominance of the field will be challenged in the coming months by several literary debuts from women. Penguin Ireland will publish The Herbalist , by Niamh Boyce (previously shortlisted for the Hennessy Awards), and Liz Nugent’s debut, I Try t o Be Good , but the bulk of the new books are with big UK-based publishers. Weidenfeld & Nicolson will publish Michèle Forbes’s Ghost Moth , Headline will oversee Johanna Lane’s Coming in f rom the Sea and Susan Stairs’s The Story of Before is with Corvus/Atlantic.

As well as being published within a short space of time, all these books are making an impact outside Ireland. Each of those published so far has been reviewed by the UK broadsheets, and several have picked up deals in the US and Europe. There is even talk of a Man Booker nomination for at least one of them.

Literary fiction has long been accused of elitism, but it’s still where many writers choose to tell their story. Several of these new names are the Irish novelists of the future, the voices who will tell our stories.

Sinéad Gleeson is an arts journalist and broadcaster who contributes regularly to The Irish Times .