Woody Allen’s controversial autobiography published in the US 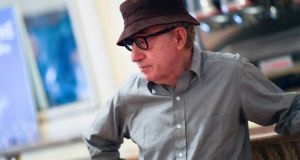 Before it had even been released, Woody Allen’s new autobiography, Apropos of Nothing, ignited a ferocious backlash. Employees of Hachette Book Group, the publishing company that originally acquired the book, staged a walkout in protest. With remarkable speed, Hachette, which had planned to release the book through its Grand Central imprint, cancelled the publication and returned the rights to Allen. While some applauded Hachette’s decision, others argued it amounted to censorship.

Now, another company, Arcade Publishing, has snapped up the book and is releasing it Monday, with a first print run of 75,000 copies. The publication of Allen’s memoir, which was reported earlier by The Associated Press, comes at a challenging moment for the industry, which is struggling with the economic toll of the coronavirus outbreak, as bookstores across the country close. While it seemed inevitable that another publisher would eventually take on the project, it was surprising that Allen resold it so quickly, in such a dismal retail environment.

In a statement announcing the publication, Arcade called the book “a candid and comprehensive personal account by Woody Allen of his life, ranging from his childhood in Brooklyn through his acclaimed career in film, theater, television, print and standup comedy, as well as exploring his relationships with family and friends.”

Jeannette Seaver, an editor who acquired the book, said that Arcade decided to publish the book not only on the merits of the material but also on principle, to take a stand against Allen’s critics. “In this strange time, when truth is too often dismissed as ‘fake news,’ we as publishers prefer to give voice to a respected artist, rather than bow to those determined to silence him,” she said in a statement. “We firmly believe in upholding the right to freedom of speech in the world of publishing and, as a result, we’re pleased to support not only this terrific book but also – and even more importantly – this democratic principle.”

Arcade is an imprint of the independent publisher Skyhorse, a company that has been willing to court controversy in the past, with provocative authors like the attorney and commentator Alan Dershowitz, a frequent defender of Donald Trump, and the conspiracy theorist Jim Garrison.

At a moment when publishers are increasingly wary of sparking controversy and driving a social media backlash, Arcade’s decision to publish Allen caught some in the industry by surprise, particularly after Hachette’s rapid about face. Grand Central had acquired the rights to Allen’s autobiography in March 2019 but had only announced that fact earlier this month. Ronan Farrow, whose bestselling book “Catch and Kill” had been released by Little, Brown, another Hachette imprint, last year, quickly lashed out at the company, saying that it had secretly planned to publish Allen’s book behind his back, and that he would no longer work with the publisher.

Farrow, whose reporting on accusations of sexual assault against Harvey Weinstein and other powerful men helped touch off the #MeToo movement, is Allen’s son with the actress Mia Farrow. Farrow and his adopted sister, Dylan Farrow, have long accused Allen of molesting her when she was a child, allegations he has denied. Allen was not charged after two investigations.

“Your policy of editorial independence among your imprints does not relieve you of your moral and professional obligations as the publisher of ‘Catch and Kill, ’ and as the leader of a company being asked to assist in efforts by abusive men to whitewash their crimes,” Farrow wrote to Michael Pietsch, the chief executive of Hachette.

Pietsch had defended the decision to publish Allen’s book, but a staged walkout of more than 100 employees was part of the pressure that led to the reversal of the plan. “The decision to cancel Mr Allen’s book was a difficult one,” a spokeswoman for Hachette said in a statement at the time. “We take our relationships with authors very seriously, and do not cancel books lightly. We have published and will continue to publish many challenging books. As publishers, we make sure every day in our work that different voices and conflicting points of views can be heard.”

Allen, an Academy Award-winning filmmaker, has seen his legacy tarnished by the allegations about his daughter. An agent representing him had approached several publishers since late 2018 but was “met with indifference or hard passes,” The New York Times reported last year. In November, Allen and Amazon settled a breach of contract lawsuit after the company backed out of a multi-movie deal with Allen after #MeToo allegations from the 1990s resurfaced against him. Allen filed the suit against Amazon earlier last year.

Following Hachette’s announcement of the book’s cancellation, Suzanne Nossel, the chief executive of the free-speech nonprofit PEN America, had called the situation “something of a perfect storm.” This incident, she said in a statement, “involved not just a controversial book, but a publisher that was working with individuals on both sides of a longstanding and traumatic familial rupture. This presented unique circumstances that clearly coloured the positions staked out and decisions taken. If the end result here is that this book, regardless of its merits, disappears without a trace, readers will be denied the opportunity to read it and render their own judgments.”–NYT