Edited by Kevin Barry and Olivia Smith, this third edition has many fantastic moments, including work by Eimear McBride and Sara Baume 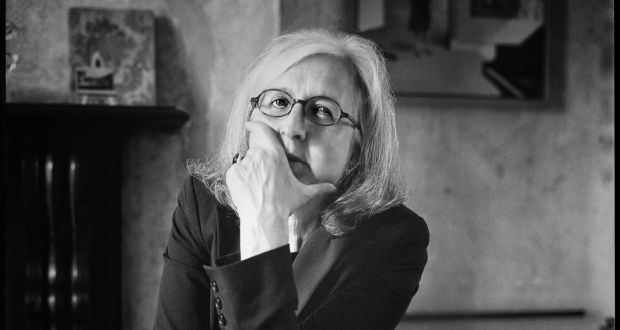 'Winter Papers 3' includes a conversation between photographers Amelia Stein and Hugh O’Conor, about the persistence of analogue film.

A decade ago, writers and editors were apt to waste many evenings – whether in the pub or at panel discussions – waking the corpse of this or that aspect of literary culture. It was all meant to be buried, the obituaries said, under an immaterial mound of ebooks and blogs. I recall being roundly mocked, after a colloquy on the end of criticism at the Institute of Contemporary Arts in London, for supposing the future might lie in small magazines. How quaint, to imagine 21st-century equivalents of the Bell, Horizon or Partisan Review! And yet here we are: bristling with literary journals and periodicals, whose editors have cannily divined that every new magazine invents a community. From a UK vantage at least, recent Irish examples such as Gorse, Banshee and the Tangerine have seemed especially heartening, and have lifted on their paper tides older publications like the Dublin Review and Stinging Fly.

Winter Papers, now in its third annual iteration, is a deluxe but adventurous adornment to the scene. Edited and published from their Sligo home by former academic Olivia Smith and her husband the writer Kevin Barry, this hardback miscellany has much in common with its quarterly contemporaries. Not least, as an editorial preface to the third issue puts it, a commitment to experiment – “refinement of technique and intensity of ambition”. Barry and Smith fret a little that this may not be enough to aim at, not these days: “The armies of ignorance march over every hill. The planet is sick and coughs up its oceans. And here we are, mooching off to our desks and laptops to make our stories, or essays, or poems, or pictures, and how the cheek reddens with a sense of almost shameful irrelevance.” But relevance is a skittish quality, hard to track or trap, and much of Winter Papers 3 is punctually of the moment, whether by design or accident.

There is Megan Nolan’s essay My Eyes! My Eyes! in which she recounts periodic eruptions of the skin about her eyes: a somatic response to sexual violence and shame, to the very affliction of being embodied. There’s Smith and Barry’s interview with Trinidadian poet Vahni Capildeo, who draws connections between Ireland, the Caribbean and the dark European north. And in a dialogue between Darran Anderson and Garrett Carr, both of whom have written books about the border, some of the threat inherent in the present Brexit madness lurks unspoken among ruins, hedgerows and former checkpoints. On the other hand, some of the most urgent pieces here are the most sunk in themselves and their particularity. Ian Maleney’s And the Wind It Tremendously Blew is an essay darkly alert to different kinds of silence in the bogs of his native Offaly. “I have accumulated hours and hours of recorded emptiness,” he writes before reflecting on the voids that opened in his grandfather’s speech and memory during his last years.

Maleney’s piece is also an oblique analysis of Pat Collins’s 2012 film Silence, and Collins in turn is the subject of a thoughtful interview conducted by novelist Peter Murphy, touching on music, landscape and the poetic hinterland between documentary and fiction.

This diversion from literature is not unusual. Winter Pages describes itself as “Ireland’s Annual Arts Anthology”; this issue includes an essay by Claire-Louise Bennet on the dancer Mary Nunan, and the journal is almost as invested in the image as the word. In response to photographs of Limerick in the 1980s and 1990s by Joanne Betty Conlon, Barry contributes a knotty, wry piece about the city: “The place was never entirely right in itself.”

There is a conversation between photographers Amelia Stein and Hugh O’Conor, about the persistence of analogue film. At times, and maybe especially in the editors’ attraction to wintry black-and-white photography, Winter Papers can feel a touch muted and nostalgic in its approach to the visual arts, as though not wishing to break a certain bleakly picturesque or melancholy spell. I wished for more moments like the one in Sara Baume’s profile of Dorothy Cross, when writer and artist abandon the conventions of the studio interview and plunge together, up to their waists, into an ice-cold sea cave.

That is something like the effect of Eimear McBride’s The Atheist: an imagined dialogue between Saint Genevieve and Saint Apollonia, who appear together in a 1506 painting by Luca Cranach the Elder. “We two in the dark for 500 years,” says Apollonia before coldly dismantling Genevieve’s centuries-old faith. Along with Baume on Cross, and June Caldwell’s wild eco-disaster story Extrinsic, McBride’s piece intrudes an element of the fantastic amid the more conventional essays, poems and stories in Winter Papers 3. Which is as it should be in this pagan season.

Brian Dillon’s most recent book is Essayism (Fitzcarraldo Editions, 2017). In Pieces, a collection of his writing on art and literature, will be published next year. Winter Papers is hosting a series of events on December 15th and 16th in The Dock, Carrick-On-Shannon including readings and talks by Kevin Barry, June Caldwell, Hugh O’Conor and Claire Louise Bennett. thedock.ie