Why place is as important as plot or character

When we consider the structure of novels and stories, a lot of weight is given to plot versus character but for me a sense of place is equally as important, says Zoë Miller 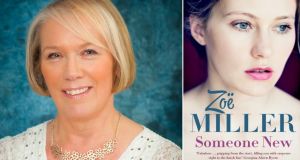 Zoë Miller: I find a sense of place provides the story with a depth that helps support character motivations and plot twists. It can heighten conflict and provide a backdrop to the inner world of characters, helping to make them more memorable

Nice, the south of France, at the end of June. The dazzle of the sea, languorous afternoon sunshine full of thick, gloopy warmth, and the gentle way it slides into the marrow of your bones, relaxing every ligament along the way. The rise and fall of accented voices in a medley of languages, the universal sound of holiday laughter. Scents of coffee and garlic mixed with a faint floral residue drifting in the air after the early morning flower market.

Into this soft, sultry afternoon, the waitress appears out of the nearby restaurant. Her gait is jaunty and confident, and she carries cool beer on a tray as though it’s five-star champagne. She angles her face to the sun and strolls, seamlessly and fully formed, into my yet-to-be-written novel, along with a sense of this place and all its beguiling possibilities.

I feel a fizz of excitement akin to a gulp of champagne and I fix the moment and its sensual symbolism in my head. It glows inside me and blends with other sights and sounds during our week long holiday. Afterwards, the memory is taken out and lingered over, savoured and distilled, as I sit at the laptop over the course of a dull, grey Dublin winter. I named her Jenni.

Switzerland in September, the panorama of Lake Lucerne, an irregular shimmer of silvery blue paint on a canvas as old as time, thick, green forests plunging down to the sparkling water’s edge. Beyond that the mountains, and the deep, still calm of snow-topped peaks that drift silently on the horizon. Even for the most jaded spirit, there is something in this startling purity and the ice-crystal air to lift you into another space and time, away from the rigours of the day.

I didn’t write that book for a couple of years but I knew then where my character was going to come to, in order to give herself permission to start living again. I just needed to figure out how her life fell apart and what (or more importantly who) drew her to that beautiful place. The story is written now and I named her Carrie.

Places inspire me. The mood and the texture, the light, colour and sound, the shifting shade, the scent and taste of the air, all combine to spark my imagination. While an artist might feel moved to capture such scenes on canvas, or a photographer reach for a camera, I want to grab the moment and capture it on paper. I want to fill these places with people and their passions, with movement and life, joys and sorrows, and write about the myriad complexities that make up humanity and this sometimes crazy, sometimes wonderful, occasionally blessed world we live in.

When we consider the structure of novels and stories, a lot of weight is given to plot versus character as a starting point, and I’ve joined in the argument as to which comes first, the person or the plot. But for me a sense of place is equally as important when it comes to inspiring a story and further deepening it.

I heard the exuberance of church bells interrupting the calm of a Sunday morning in a sedate and elegant corner of Paris, and I found myself curious as to who could be listening to these and why. In the middle of the energy of Rome and the bustle of hot, chaotic streets I asked myself who could be crossing the road and with whom, braving the unruly traffic. It didn’t take long for the characters to come and the shape of a story to form.

Travel broadens the mind, they say, and I know time away from the weekly routine is great for clearing a space to allow for a flow of story ideas. But it’s not just a holiday thing or a far flung location. It happens closer to home, at unexpected moments. A Christmas-themed pub; a winding Wicklow laneway; the glint of silvery light off Dublin’s Grand Canal; a cliff walk around Howth, with a tumbling aquamarine sea foaming against the dangerous and jagged cliffs and the breath-taking view from the summit: these are all places that inspired other stories. The restricted view out the window of a hospital ward, three floors up, in the long shadow of six-storey Celtic Tiger legacies jostling for position in a cramped space, sank into my sub-consciousness and emerged later in a story as the view from the window of a small apartment, reflecting the inner struggle where Grace, the protagonist, felt her life was stifling her.

I find a sense of place provides the story with a depth that helps support character motivations and plot twists. It can heighten conflict and provide a backdrop to the inner world of characters, helping to make them more memorable. Consider where Wuthering Heights might be now if Heathcliff hadn’t had those wild, desolate moors to storm around in. Long consigned to a dusty shelf? The mysterious moors are not only as much part of Wuthering Heights as the characters and plot, they are intrinsic to the story and mirror Heathcliff’s inner turbulence. Likewise, think what glamour Gone with the Wind could have lacked without the majesty and symbolism of Tara. Rebecca wouldn’t grip you in the same suspenseful hold without the atmospheric Manderley as a virtual character in itself. When the novel opens with a powerful description of its winding driveway, we are drawn in immediately.

Someone New by Zoë Miller is published by Hachette Books Ireland and is out now.