Why I love: Barbara Kingsolver’s The Poisonwood Bible

It took on new meaning for me, as African sunlight and sand started to get under my skin 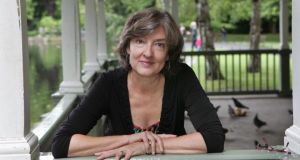 Barbara Kingsolver in Dublin in 2010. Her book, The Poisonwood Bible, tells the story of a missionary family who move from the USA to the Belgian Congo in the late 1950s. “I loved the words and how it was written. It is like watching slow alchemy to see how the views of the family members change, so-called savages turning into full human beings with a complex and sophisticated culture”. Photograph: Matt Kavanagh

I can’t remember who it was that said holding a book in your hand was like holding magic. They were right and for me, this is so true for Barbara Kingsolver’s tour-de-force The Poisonwood Bible. I read it first in 1998 and I’ve read it almost a dozen times since.

It tells the story of a missionary family who move from the USA to the Belgian Congo in the late 1950s. I loved the words and how it was written, as the story is narrated in turns by the five women of the family, the long-suffering wife of the determined missionary and his four daughters. It is like watching slow alchemy to read these words and see how the views of the family members change, so-called savages turning into full human beings with a complex and sophisticated culture in front of our eyes and through their words.

It’s one thing to hear a story, it’s another to hear it told through five different voices. It makes everything more alive and complicated, just like life. The father Nathan himself never speaks to us, though his sermonising voice echoes through the novel.

One year after I first read this book, I found myself living and working in the Gambia, west Africa as an APSO volunteer working in a range of community development initiatives. The Poisonwood Bible was one of a handful of books I brought with me from Ireland and it took on new meaning for me, as African sunlight and sand started to get under my skin. Many evenings, sometimes by candlelight as the electricity cut out, I would be curled up in my chair reading this book and sometimes feeling I was part of it.

I loved the characters. Rachel, the eldest daughter in the book has a scorn for her father’s idealism and another sister, Leah, wants to follow him. Her twin Adah suffers from hemiplegia and cannot speak much at all. Yet she speaks to us as readers. Indeed, in a wonderful irony, speechless Adah is the novel’s language expert. She plays with words and is a lover of palindromes, with which her chapters are punctuated. She puns and rhymes and turns words inside out. She begins to learn the local tongue, Kikongo, and to discern that small differences of emphasis make one word become another.

Hectoring the locals in his sermons, her father – she hears – keeps telling them something different from what he means. “Tata Jesus is a bangala!” he declares, meaning “something precious and dear”. “But the way he pronounces it, it means the poisonwood tree.” It’s a beautiful play with words and it reminded me of my own clumsy and often mistake-filled efforts to learn Mandinka in the Gambia.

The clear purpose of the narrative structure is to let you piece together the apparently strange world of the Congo from these different points of view. It’s not just a clever literary device, it’s a great reminder that in life, theres’a always more than one side to every story.

Until Leah befriends Anatole, the young man who translates her father’s sermons as he is performing them, we only glimpse the Congolese, we never exactly hear them. Yet the more the Prices speak, the odder they seem, and the more wonderful and reasonable seem the people they have come to convert. This resonated hugely with me.

I remember discussing the book with one American friend in the Gambia and she said she had wept when she finished it. It was one of those moments where you look up at someone and say “what, you too?”, a mixture of recognition and surprised delight. I had the same experience and I think it’s because the book sums up perfectly the layered experience of Africa and of those who seek to change it.

Jackie Gorman is from Athlone, works in local development and also writes poetry. She tweets at @vajrajackie

The Movie Quiz: What is the completely made-up tagline for ‘Jaws 19’?
4