White Elephants: The Country House and the State in Independent Ireland, 1922-73 review 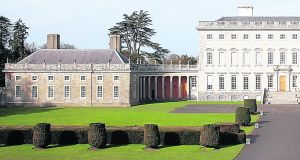 Book Title:
White Elephants, The Country House and the State in Independent Ireland, 1922-73

In 1882 Mark Twain presented a stark warning as to how ruinous white elephants could be in his short story The Stolen White Elephant. The narrator desperately seeks his precious creature only to find it a corpse – ruined by the expense of his searches, he ends the story a “homeless beggar”.

Families in big houses in Ireland faced similar dangers, with one owner likening them to vultures sucking the life out of their inhabitants. But there is a wider story to be told in Emer Crooke’s absorbing chronicle of how the country house fared in Ireland between 1922 and 1973. Running through it are politics and the public purse and how the newly-born State viewed itself on emerging from the fractious beginnings of the War of Independence and the civil war.

In independent Ireland, such houses were viewed as politically unacceptable, their upkeep prohibitively costly, their very purpose in question. The State grappled with this problem in the same way as indigent aristocrats had beforehand. To inherit such a pile, often encumbered by debt, was more of a liability than a legacy and in 1923 the Land Commission effectively “inherited” many such properties as it set about the compulsory purchase of huge tracts of land that would be redistributed amongst local populations. The land was the easy part of the exercise: it could be divided and allocated and duly worked for farming or earmarked for development.

The harder part was what to do with the mansion houses. The cash-strapped State was in no better position than a penniless heir. For those who viewed them as symbols of oppression, the solution was straightforward: minister for lands Sean Moylan pronounced them “tombstones of a departed ascendancy, and the sooner they go down the better - they are of no use”. As late as 1961 Fine Gael TD Capt Giles was calling for them to be blown sky high. Such antagonism was matched by bureaucratic indifference, a position explained in part because country houses failed to qualify as either national features or venerable monuments under the definition of the National Monuments Act of 1930.

But there was another reason for their neglect. In her trawl through the papers of the departments of the Taoiseach and finance, as well as the Dáil debates (but not the Land Commission papers which still remain off limits to researchers), Crooke contends that decisions to refuse houses like Russborough in Co Wicklow and Bishopscourt in Co Kildare as gifts, or not to intervene and preserve them, were conditioned primarily by how little resources the State had at its disposal when housing, education and health made understandably greater claims on the public finances. As The Irish Times observed in 1932, “Sentiment cannot stand against the pressure of hard facts”.

Officials lacked the political courage or imagination to entertain more positive solutions; they wanted the problem to go away and Crooke rather generously exonerates them of vindictive policies. Gradually however, the white elephant would become the elephant in the room, as sections of the public expressed concern over this crumbling heritage. In citing the example of how Tipperary Urban District Council brought pressure to bear on the Office for Public Works (OPW) over the fate of Thomastown Castle, with their claim that the home of Fr Mathew (the Apostle of Temperance) “was very dear to local people”, Crooke provides a reminder that the State was not a monolith: officialdom operated at national and local levels and dissenting views could be heard. Even though this appeal fell on deaf ears the episode foreshadowed how powerful local amenity groups and volunteer organisations would become in the battle for preservation.

It was not until late in the day that the concept of heritage value began to be addressed seriously, whether in terms of a craftsmanship that was redefined as Irish or because the potential for tourism was apparent. One of the more sympathetic ministers was Erskine Childers (brought up at the family home of Glendalough, Co Wicklow) who in 1962 declared, “We need more presentation of the Irish image”. By then, in the Sean Lemass era, Ireland was reversing years of blinkered insularity and the country house, Crooke argues, was slowly being repackaged as part of a wider cultural concept. The game-changer was accession to the European Economic Community in 1973, bringing with it obligations to sign up to such initiatives as the European Year of Architectural Heritage and the Unesco convention on protecting heritage.

By now these houses, with their remaining land and surviving contents, not to mention their families, could be viewed as part of a more inclusive narrative, within a society that was confident in tackling a contested past. The economic argument against country houses began to work in their favour too, they were recognised as sources of employment and contributors to the local economy – Fáilte Ireland looked to tap into the global phenomenon of cultural tourism.

The irony is that for many visitors, it is the human interest stories that appeal most of all. There is some interest in architecture and the fine and decorative arts, but really people thirst for a glimpse of life in these residences: whether above or below stairs; indoors or outdoors; in harmony with, or opposition to, local communities. Over the course of the past century country houses have see-sawed violently from islands of wealth and privilege to objects of opprobrium, emptied of their occupants, contents and meaning – but now they are increasingly sites where different histories can be reconstructed with varying degrees of accuracy.

The State continues to review it relationship with heritage properties and of late, the earlier arguments from the Department of Finance that it lacked the means to intervene, have found an echo in a new age of austerity when the annual funding cake has looked rather meagre and heritage is still a Cinderella among government departments. All over the world, the State is looking to row back from a never-ending obligation to preserve the national patrimony; a mixed economy is now the norm and the agents of rehabilitation are many and various.

2018 saw the publication of the OPW’s Living Legacies, a celebration of 30 Irish houses, castles, gardens and landscapes in its guardianship. There is the newer, not-for-profit model of the Irish Heritage Trust that has just added Johnstown Castle in Co Wexford to its portfolio. And there remain the private owners, surviving against the odds and passionate to reanimate their houses and histories, whilst continuing to battle against economic hurdles. Scholars such as the Knight of Glin and Terence Dooley have played an important part, too, and following their efforts the most significant constituency is the visiting public whose engagement with these houses unlocks their public value. Moylan’s chilling condemnation of country houses in 1944 was uttered from a self-confessed “unregenerate point of view”. Nowadays, as Crooke has so ably demonstrated, it is possible to detach that negative prefix and welcome the regeneration of the country house in Ireland.

Christopher Ridgway is curator of Castle Howard and co-editor of The Irish Country House: Its Past, Present and Future