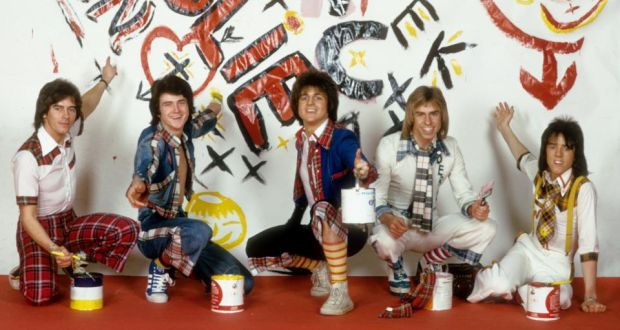 Book Title:
When the Screaming Stops: The Dark History of The Bay City Rollers

It does not bode well for a book about one of the most successful pop bands of the past 40 years that it starts with a foreword about its manager by Dr Sarah Nelson, an academic who researches child-sex-abuse issues. What, you have to ask yourself, comes next?

Looking the part, creating an image and fuelling the pop-star fire have been part of the hit-making formula since Frank Sinatra’s bobby-sox days, but, like The Beatles before them, the Bay City Rollers took it up a notch. Guided by Tam Paton, one of pop music’s most notorious managers, the Edinburgh group was, in the mid-1970s, a global hit machine whose fans, almost all of whom were teenage girls, were known as the Tartan Horde.

You would never have thought of the Rollers as a hit machine until early in 1974, when their second single, Remember (Sha-La-La), reached number six in the UK chart. Before this the group fluctuated between ignoble failure and unskilled graft. Paton, a potato merchant by trade, had from 1966 persevered with versions of the group. Openly homosexual, with pederastic tastes, he brought together the “classic” Rollers line-up, combining two of the original members – the brothers Alan and Derek Longmuir – with the younger Stuart Wood, Eric Faulkner and Leslie McKeown.

They couldn’t play their instruments, according to the British record producer Phil Wainman in 1975, as the band prepared for the release of their sixth single, Bye Bye Baby, a Four Seasons cover. “Their strengths were not in singing and not in playing, but they looked great,” he said.

An early songwriting team for the group consisted of the hitmakers Bill Martin and Phil Coulter. “They didn’t have a sound,” said Coulter, “so it was up to me to come up with a sound that would be identifiably theirs.”

But if the music was manufactured, the fans’ reaction wasn’t. Cue Rollermania and the group’s tartan-clad “gang” image – influenced, improbably, by Stanley Kubrick’s film A Clockwork Orange. Huge success followed – and nobody, including the self-confessed control freak Paton, was prepared for it.

High on commercial triumphs in the United States, Canada and, in particular, Japan, high on the wealth that followed, and with some high on their increasing intake of drugs, the group should have been guided by managers who understood the music industry. Instead they had a manager who understood record-company accounting even less than he understood music publishing. “He knew they should be making money, but the complexities of overseas licensing, for instance, befuddled him,” Simon Spence writes.

As do the Bay City Rollers, or at least a few of them. Three of the classic line-up – McKeown, Wood and Alan Longmuir – re-formed last year and are planning to release an album.

Derek Longmuir was sentenced to 300 hours of community service in 2000 for the possession of child pornography.

As for the royalties, where and to whom did they go? Enter Mark St John, a music-industry troubleshooter engaged by Faulkner (who astutely bought back from the liquidator the group’s publishing company, Bay City Music, which was made bankrupt in 1981).

St John, we are told, makes a living from suing record companies. “The scale of this rip-off is incredible,” he says. “The band has been ill treated, but we will win every penny they are owed.”

Or will they? Two months ago, writes Spence, a “reliable source” told him that Sony Music, the legal inheritor of the group’s convoluted publishing contracts, and the Bay City Rollers had settled out of court for a figure “rumoured” to be $3.5 million. Remove costs and legal fees and the members “were said to have come away with just about £70,000 each”.

That’s small change for a group that rivalled The Beatles in popularity for three years, but perhaps just about right – or even too much, if we’re being unkind – for people who had frequently indulged themselves in the excesses of the music-industry cesspool that this book justifiably dives into.

Tony Clayton-Lea writes about pop culture for The Irish Times