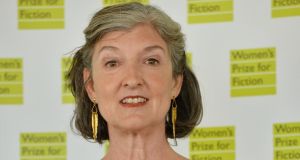 It would be wrong to read a novel by Barbara Kingsolver without expecting a clear political agenda. In Flight Behaviour, she tackled climate change; in The Poisonwood Bible, colonial guilt; in The Lacuna, censorship. Her latest work, Unsheltered, is the first to be published in the Trump era, and it certainly grapples with the many challenges of American life.

Medicare, immigration, feminism, reactionary politics: all are covered. In fact, the title itself undergoes a nuancing over the course of the novel, so that the reader becomes aware of the many ways of being “unsheltered” – being removed from a previously “sheltered” life, for a start; but also of being unsheltered by the state, by the community, by the family.

Moving back and forth in alternate chapters between Trump’s America and the 1870s, Kingsolver focuses on the lives of two characters, Willa Knox and Thatcher Greenwood, both of whom are set against the prevailing logic of their times. The two intertwined narratives are set in Vineland, a real town in New Jersey that was originally built as a utopian community in the 1860s.

Willa Knox and her husband have both found themselves unemployed, and move into a house they have inherited. In dire financial straits, and with the house falling down around them, Willa and her husband begin researching their home’s past in the hopes of finding something of historical significance that might secure a charitable or government grant.

During the research, Willa becomes fascinated with the story of Thatcher Greenwood, a science teacher in the Vineland of the 1870s, and his neighbour Mary Treat (a real historical figure), who is a talented naturalist keeping up an enviable correspondence with Charles Darwin. Over the course of the novel, the two narratives begin to intertwine more fully, chiming in both political and personal significance.

To begin with, however, the connections between the two stories are somewhat difficult to ascertain, and Kingsolver resorts to using verbal and metaphorical echoes between the two that seem glib. Why she chooses to continue this practice as the narratives begin to mesh more fully is unclear. Most often, the final line of one chapter in one time-period becomes the title of the next chapter, but that is the only real connection.

Otherwise, unconvincing threads are made between the two: in one, for example, a character compares an economic conundrum to being between a rock and a hard place, “Scylla and Charybdis”. In the next chapter, a pair of dogs from 150 years previous are called Scylla and Charybdis. These cute connecting features have little real significance, and risk appearing patronising, or putting off a reader before the actual narratives begin to intersect.

Previously a student of evolutionary biology and ecology, Kingsolver’s depiction of Mary Treat and her work in natural history is well-researched, interesting, and poignant. Likewise, the struggle of the Darwin-inspired Thatcher against the leadership of the community is played out in touching and elegant form. The historical setting of the Thatcher story, though it goes hammer-and-tongs at the God vs Evolution debate to the point of tedium at times, means that it avoids feeling preachy and self-righteous.

The contemporary narrative, however, feels more obviously politically-loaded, and often falls flat. There are long conversations about economics, Occupy Wall Street, health insurance, immigration, and political division, that offer scant insight in comparison to their length, and can feel self-indulgent or overly bogged down in detail.

When Willa takes her son Nick to hospital, for example, we are subject to a five-page administrative conversation about different healthcare policies, networks, and insurance plans. Ultimately, none of this seems geared to convince those who might pick up the novel from an alternative political position: rather, it can feel preachy, self-satisfied, a constructed echo-chamber of narrative polemics.

That said, the interplay between the two stories is effective, and both would be lessened by the removal of either. In fact, the structuring of the book is a significant part of its power: like two pistons working in tandem, the narratives push each other forwards, raising the stakes, holding our attention at a peak that otherwise would be lost in what are, individually, slowly-paced stories.

Kingsolver’s broad and insightful reflections on ecology, in particular, stand out. At times, the work of the naturalist takes on a subtle potency when considered alongside the overarching themes of the home, political struggle, the need for safety in insecure times. As Willa reflects, on reading the work of Mary Treat, “She was . . . into domestic things, bird nests and spider towers. How they learned to build them, what forces affected their survival.”

Freud is sexually obsessed with his mother? She’s one lucky woman
5