Book review: Despite rich material, Beat neither captures the heart nor engages the mind 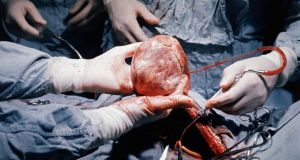 Book Title:
Beat - the True Story of a Suicide Bomb and a Heart

A book on the subject of a young suicide bomber should resonate with any reader deeply disturbed by events at the Ariana Grande concert in Manchester several weeks ago. A story set in the molten morality milieu of the Palestinian-Israeli conflict carries weight for anyone interested by affairs in the Middle East. Throw in the extraordinary tale of a heart transplant between a Palestinian man and Israeli man caught up in the conflict, and you have all the makings of a captivating story.

These inter-related strands are the basis of Rowan Somerville’s new book, yet despite the rich material he has to work with, Beat neither captures the heart nor engages the mind.

The genesis of the story began more than 15 years ago for Somerville; its synopsis: June 1st, 2001, Said Hotari detonated a bomb outside the Dolphinarium nightclub in Tel Aviv, killing himself and 21 Israelis, most of them teenagers from former Soviet states. On June 2nd, in an apparently retributive act of random violence, an Israeli settler shot a Palestinian pharmacist Mazan Al-Joulani in the neck, leaving him brain dead. Out of this violence came an extraordinary act of humanity, when the family of Al-Joulani agreed to donate his heart for transplantation to an Israeli man dying of heart disease.

But the writing is stacked with so many names in such a small space, that each one of them bears little distinction when the reader leaves them behind

This is a remarkable sequence of events, but Somerville does not do it justice here, or might have been better capturing the stories in a series of long-form essays. In Beat he tells us little we don’t know already when discussing the drivers of the Palestinian-Israeli conflict, and the people in the stories are sketched so thinly that they are forgettable. For example, the author draws a decent picture of the night of the bombing and its aftermath. But the writing is stacked with so many names in such a small space, that each one of them bears little distinction when the reader leaves them behind. Beat is not helped by its chronological jumping backwards and forwards either, even if it keeps a murmur of interest for the reader to plough on. The narrative arc is unhelpfully padded with details of medical procedures, religion, geography, ballistics, and history, which could easily be found on Wikipedia if the reader wanted, or needed, to know more.

Beat required an editor to rescue its writer in style and structure. Starting with structure, for example, the people affected by the bomb are justifiably the first to be addressed in the book, yet Somerville offers only one survivor, and the brother of someone killed in the blast. It feels scant, especially compared with the space he gives to various medical professionals as the book moves on. More strangely, the voice of the suicide bomber’s family is left towards the latter pages.

All considered, the story could have been told in half the pages, with double the energy, but the reader is continually checking for a pulse when it comes to their level of interest.

On the subject of style, it’s fair to say that the author does little to help his cause in several ways: too often reaching for the emotionally-charged metaphor (“. . . martyrdom does not hide the grief in this apartment. It’s there like a pile of coal not quite covered by a snowfall of geopolitical justifications.”). On occasions Somerville looks for meaning that’s not there. In Tel Aviv he stumbles upon a Zombie Walk – after taking a few moments to figure this out – and he says: “I wonder if this is a demonstration against history, against the bloodshed and death that haunts these young people every day.” He continues, but I won’t.

At one stage Somerville goes to meet one of the bomb victims, but travels to the wrong café, yet still includes this. Why?

No, you answer, the young people are on a Zombie Walk, drinking beer and having a laugh, because it’s a fun thing to do; leave it at that, or better, cut it out. Much of the writing is overwrought (Ariel Sharon’s visit to Al-Aqsa is “the most salient catalyst for the second intifada”) or obvious (“The job of a donor co-ordinator is precarious and demanding; success and failure is no less than a matter of life and death.”). There are awful tics shown throughout the book by Somerville, too: puffy presuppositions when introducing points (“the extraordinary writer”, “memorably said”); or tenuous pseudo-intellectual name-dropping (Spinoza, Freud, Nietzsche, etc), and why add salacious notes when encountering Israeli women (“achingly beautiful”) but not others? At one stage Somerville goes to meet one of the bomb victims, but travels to the wrong café, yet still includes this. Why?

My heart finally gave up on Beat about half way in, when Somerville describes the retributive murder of the Palestinian, Mazan Al-Joulani, and manages to write one of the most absurd, downright daft, sentences I have ever read. “A car pulls up and a man gets out. An Israeli settler. How can one know? A beard, a gun. Most people in the province of Ulster, where I used to live, can assess the religion and political sympathies of a man passing in the street with little more than a casual glance.”

Beat is not all bad, but it is a treacly mess. Somerville is at his best when writing on clinical matters, but then he should be considering that he’s laughably described in the inner flap as “The son of two pioneering cardiologists” – and?

This remarkable story falls stillborn from the press, sadly, to use David Hume’s phrase; rather perversely it begins to lag when Somerville arrives in Israel, and the key moments of meeting people linked to the suicide bombing feels flat and shallow. (Which is understandable; why should they open up their hearts and dab at old wounds for a self-confessed shambolic author?)

His naivety is flagged by one clunky admission in particular, caked in Bono-like levels of delusion

There’s an element of the innocent abroad throughout Somerville’s account. For some reason he’s shocked when an Israeli journalist, who does not know him beyond an email, asks him for payment after she supplies him with a list of contacts. Beat often feels like he’s just bumbling along, despite the emotional charge of the story, under-prepared for the task he’s undertaking. Evelyn Waugh’s “William Boot” came to mind when Somerville is in the Hamas martyr’s family home with the realisation that he’s without a translator. His naivety is flagged by one clunky admission in particular, caked in Bono-like levels of delusion: “. . . when I heard about the heart transplant between a Palestinian and Israeli, somewhere in me, I thought it would heal the world”. Somerville also adds, in a drowning-not-waving fashion: ‘The truth is, I don’t know if there are political implications to what I’m doing, or whether I’m getting into contentious territory”, and off he sets, without a hint of irony, to visit Ramallah.

I felt deflated after finishing this book, considering the strong premise the story is founded upon. After putting the book down, I did an internet search to find some more detail on Rowan Somerville. He once won the Bad Sex in Fiction literary award. After reading Beat – the True Story of a Suicide Bomb and a Heart, I think he should steer clear of any other major organs in the future.

‘Harry’s showgirl’: 10 things we’ve learned from the new book about Meghan and the prince
5