Things in Jars review: A wonderful portrait of Victorian London

Her descriptions of the city ring rich and poetic, with seamless pockets of elegance 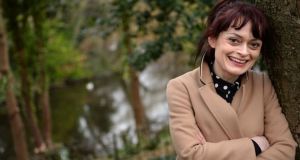 If there was an Oscar ceremony for books, then Jess Kidd’s Victorian mystery Things in Jars would surely sweep the board. The book’s heroine, Bridie Devine, is a shoo-in for Best Female Character in a Leading Role. A detective with a talent for reading corpses in a London “awash with the freshly murdered”, Bridie is rumoured to wear a dagger strapped to her thigh, smokes a pipe of Prudhoes Bronchial Balsam Blend – “you add lots of Prudhoe’s Blend for colourful thoughts and triple that amount for no thoughts at all” – and is “captain of herself” we are told.

Best Male Character goes to Ruby Doyle, the ghost of a champion boxer who rises from his grave clad only in a top hat, unlaced boots and white drawers to traipse around London after Bridie. His rival for her affections is Insp Valentine Rose of Scotland Yard, who, Ruby concedes, has the advantage at least of being living. Together they form the most affecting supernatural love triangle since Whoopi Goldberg channelled Patrick Swayze for Demi Moore in Ghost.

The frontrunner for Best Female Character in a Supporting Role is Bridie’s terrifying 7ft tall housemaid, Cora Butter. But there’s another contender in the form of six-year-old Cristabel Berwick, an “oddity of nature” with pike teeth, who smells of the sea and draws people’s memories out of them. Cristabel has been kept hidden away from the world in her father’s country mansion, her existence known only to four people, until the night she disappears. Bridie is called on to investigate her kidnapping, which may or may not be connected to the discovery, behind the wall of the crypt in Highgate Chapel, of the bodies of a woman and her infant child.

Comparisons between Jess Kidd and Gabriel Garcia Marquez are well made, but the magical realism of Things in Jars is pure London-Irish

Stranger yet, Cristabel’s abduction seems to have brought on a surreal weather event. Amid torrential rain the Thames rises, flooding basements and overwhelming cesspits. Choral music is heard from the river, either sung backwards or in a foreign language. Comparisons between Jess Kidd and Gabriel Garcia Marquez are well made, but the magical realism of Things in Jars is pure London-Irish and no more implausible than its historical context. This is a world where collectors of curiosities compete with circus impresarios to acquire nature’s more remarkable specimens, among them the unfortunate Cristabel. Surgeons perform for paying audiences, hence the etymology of the term “operating theatre”, and there is one unforgettable scene where Bridie, disguised as a man, witnesses an anaesthetic-free amputation at St Bart’s. “There’s just not the same entertainment when a patient sleeps through” we’re told later in the novel.

Kidd is a writer who’s not afraid of having fun, as the passage above suggests, but that’s not to say that Things in Jars is a frivolous book. For all its humour and colour, and there’s plenty of both, this is a story of serious evil. The cruelty of Cristabel’s abduction is shocking, but it’s by no means the only instance of cruelty in the book. Babies are poisoned, unsuspecting patients mutilated. Set against such horror – and Kidd does not flinch in serving it up to us – Bridie’s humanity is all the more moving, but it also makes of the novel something timeless, for it’s not just in Victorian England that kindness has the power to prevail over cruelty.

Macabre dealings may be the subject matter of Things in Jars, but tenderness is at the heart of it. From the ethereal sweetness of the romance between Bridie and Ruby Doyle, to the love affair between Cora Butter and a circus owner’s snake-charmer wife, it’s the good that outweighs the bad and, in so doing, reveals Kidd’s range as a writer. Her dialogue is knife-sharp and often very funny. Her descriptions of London are rich and poetic, with pockets of beauty, like the herons on the river who listen to “the thin high-song of the mud-larks, a song of things lost and found, of spools and nails, bones and coins and copper wire.”

A city that revolves around the river, with “watercraft of every size negotiating the beneficent . . . mud-slickened, under-towed Thames

This is a city of smells – of “the reek from the brewery, butterscotch rotten” and the “unwashed crotch of the overworked prostitute and the Christian sweat of the charwoman”. A city that revolves around the river, with “watercraft of every size negotiating the beneficent, polluted, bottomless, shallow, fast-rushing, mud-slickened, under-towed Thames”.

For this wonderful portrait of London, for her beautiful writing and even better storytelling, Jess Kidd richly deserves the award of Best Director. And the Oscar for Best Book? Things in Jars, for all the reasons listed above.