The Way Home: Tales from a Life Without Technology review

Mark Boyle warm-heartedly analyses his dissatisfaction with money and modernity 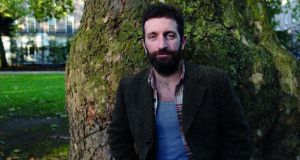 The profits from a book enabled him to buy a tiny patch of land and build a cabin with vegetable beds, a herb garden and chicken coop.

Book Title:
The Way Home: Tales from a Life Without Technology

Mark Boyle dared to stop. To press pause on this chaotic, crazy life that we are all so caught up in. He turned off his phone, laptop, electricity connection and everything from the outside world that we have grown so dependent on, resolving to start again on his own terms.

The result is a book written by candlelight with pencil and paper in a wood cabin on a three-acre small holding in east Galway. To our cynical mind, it may sound like a publisher’s gimmick with an eye to a future TV tie-in, but in fact Boyle has been exploring this territory for over a decade, having already lived without money for almost three years from 2008.

His motivation is a dissatisfaction with life as we live it and concern for the impact we are having on the planet. A series of articles he wrote for the Guardian, garnered him the title The Moneyless Man, which was later the name of his first book, exploring the systems that bind us to money and the personal and environmental benefits of weaning oneself off it.

The profits from this book enabled him to buy his tiny patch of fallow land and build a cabin with vegetable beds, a herb garden and chicken coop. Here, in winter 2017, he unplugged from modernity and began a life making fire by rubbing sticks together, collecting water from the spring, foraging in the woods, tending his garden and fishing for pike and trout.

The result is this reflective, lyrical account, which is refreshingly free of doctrinaire haranguing or guilt-tripping. Rather, he eloquently tracks his experiences, while gently questioning the lives we all take for granted.

The Blasket Islands are a central motif, as an example of a community that lived with genuine autonomy, but he doesn’t romanticise them, just as he doesn’t sugar coat the arduousness of his own life: his 40km cycles to catch a fish (with a modern rod and line, as he hadn’t yet mastered making line from nettle fibres), the effort of hauling, harvesting and chopping firewood for heating and cooking, and the rigmarole of wash nights, which involves fetching the tub from the yard, boiling water on the fire, then kneeling, hunkering and splashing to bathe different body parts. “It takes over an hour,” he writes “and it’s not a relaxing, soothing hot soak.”

Some of the most resonant issues are the less apparent, like his attempt to extricate himself from clock-time which has been devised for “industry, mass production, specialised division of labour, economies of scale and standardisation”. Doing so involves forgetting the fact that the postman passes at 9.10am and his neighbour walks by for lunch at 1.55pm. Extricating himself from the impact of advertising is equally challenging, as is the sense of assault when he does unexpectedly encounter one – an ad for an energy drink. His description of it as, “irresponsible, sexed-up marketing for an unhealthy, addictive product” seems excessive, though pretty accurate on reflection.

His engagement with the outside world is through the post office, 12km away, and it’s here he receives letters, which, he notes, are increasingly illegible as we lose the ability to handwrite. He also gets forwarded some online comments from his Guardian column, where people call him a Luddite, a smelly hippy and a misanthrope. When asked how he has the time to walk and cycle everywhere, he explains that “by getting rid of our van, I no longer have to work the two or three months it took me to pay for its purchase, insurance, tax, MOT, fuel and inevitable repairs . . . I certainly don’t spend anything like that amount of time walking or cycling, which I enjoy doing anyway.”

Boyle’s integrity and reflective attitude reveal an intriguing perspective on things: while weeding, he wonders, what his hunter-gatherer ancestors would think of him spending “my time picking the plants I don’t want”. He marvels at the interest rate of garlic: “Bank a clove, and you reap a whole bulb. 600% return, sometimes.” He resists getting a lock for his bike as he realises it will only encourage him to spend “less time in places where I feel a lock would be appropriate.” And, while out fishing pike for dinner, he thinks about the hundreds of thousands of euro the Government spends removing pike from certain fisheries while making it illegal for him to catch one above a certain size and weight.

This genuine, warm-hearted analysis of the dysfunctions of our current world offers a surprisingly alluring alternative to our current malaise – if only we dared adopt it. Tomás Ó Criomhthain ends his Blasket Island memoir with the line “Ní bheidh ár leithéidí arís ann” (the likes of us will never be again). Boyle’s book suggest that B’fhéidir go mbeidh (Maybe there will).