Sophie Mackintosh’s startling debut is an allegory with elemental power 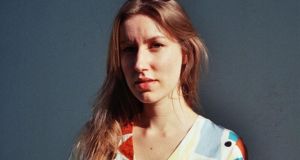 Sophie Mackintosh’s “The Water Cure” is both an allegory and a playbook of male wrongdoing.

“Even if it is a failed utopia, at least we tried,” one character says towards the end of Sophie Mackintosh’s startling debut novel The Water Cure. But the utopia in which three sisters, Grace, Lia and Sky, exist is on an isolated island, where they must observe violent rites that have the inverted sort of names more often encountered in dystopias. A “love therapy” involves killing an animal so one of the other sisters doesn’t have to. The eponymous “water cure” involves a purging and partial drowning. These “strange experiments with our hearts” are designed by their parents to develop their sororal bond, but also to prepare them for violence at the hands of men, should they come. Their father – also known as King – has taught the sisters that masculinity is literally toxic. The air in the world populated by them is full of “toxins”, which can be guarded against by wearing white clothes and sheets of muslin over the mouth.

When King disappears, most likely dead, and two men and a small boy are washed up on their shore, the sisters have to separate for themselves the facts and fictions of men’s dangerousness. “There is a fluidity to his movements,” Lia observes of one, “despite his size, that tells me he has never had to justify his existence, has never had to fold himself into a hidden thing, and I wonder what it must be like, to know that your body is irreproachable.”

The prose is both spectral and organic. The writing pushes you very close up against the thing it describes. A wasp is seen “dying in its own sound”. Where someone gave birth becomes “the animal room full of blood”. Hornets are shown “swarming close to the ground with a great dignity”. Mackintosh is a wonderful stylist; the full scope of her imagination, as well as the cohesion of her vision, is evident on every page. The sisters, living away from the mainland, have developed an artificial vocabulary for themselves, which only heightens the sharpness of Mackintosh’s way of seeing and thinking. Corpses are “ghosts”; the strangeness of one born on the tide emphasised. This register makes certain noticings and redescriptions of familiar things even more luminous, especially on bodies. A tanned and freckled face is “speckled from the season.” Sunburn is an “exposed patch of vulnerable skin that has reddened from the time outside”.

Sections are narrated from the point of view of the sisters, large stretches coming from either Lia or Grace, and sometimes coming from all three at once, communally. From the information provided by these narratives, it is difficult to gauge how dystopian the outside world actually is. What is certain, though, from the tone, is things have been fabricated by the parents to both protect and trap the sisters. King rules through cultic authority and lies, constantly changing the rules; Mother through self-pity, shaming her daughters, and demanding their love as a “right”. “[She] told us she loved us so often that it became its own violence, something it was impossible to turn down.”

But it turns out that every level of the sisters’ experience, from the foundation of their sanctuary to its dissolution, has involved some sort of patriarchal intrusion. The Water Cure is both an allegory and a playbook of male wrongdoing, and is less exciting only when it feels more exclusively the latter. But then, it’s precisely this collusion between the ordinary and the extraordinary that gives the book its elemental power: its immediacy as a simple story and its completeness on the heightened metaphorical level. It’s a seriously impressive feat of imagination, this: to keep an abstract moral and its concrete realisation absolutely balanced, with both so full and vital.