The Visiting Privilege review: Living in a downward spiral 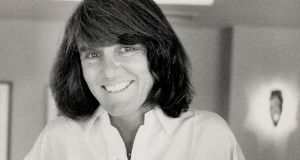 It is a question, more of a test, that major American writers such as Tobias Wolff and Don DeLillo tend to put to interviewers: “Have you read Joy Williams?” If you have, good for you. If you have not, well, wonders are heading your way for reasons best explained only by experiencing the 46 stories in The Visiting Privilege.

The stories are drawn from Williams’s three collections to date: Taking Care (1982), Escapes (1990) and Honored Guest: Stories (2004), as well as 13 previously uncollected works. Williams is a writer’s writer, a magician unafraid of risks. Her vision is likeable, candid, witty, calm, wise, entirely American and seething with menace, not to mention filled with choice one-liners.

She believes that writing should provoke, not comfort. Fiction is a serious business when exploring the darker recesses of the human mind – which Williams does, brilliantly. But that doesn’t mean you can’t have fun along the way. She sees the absurdity of our desires and our fears, the fragile bravado that falls short of screaming “help me”.

A great deal of unease is contained within these stories: “She had been having a rough time of it and thought about suicide sometimes, but suicide was so corny in the eleventh grade and you had to be careful about this because two of her classmates had committed suicide the year before and between them they left twenty-four suicide notes and had become just a joke. They had left notes everywhere and they were full of misspellings and pretensions. Theirs had been a false show.”

The girl’s mother is dying. But it is taking a while. “At the beginning death was giving them the opportunity to be interesting . . . There was only crack at this. But then they lost sight of it somehow . . . Its meaning crumbled. They began waiting for it.”

Waiting for the moment

Elsewhere in another story (Health), a far shorter vigil is taking place: “Pammy and her father, Morris, are following a truck that is carrying a jumble of television sets. There is a twenty-four inch console facing them on the open tailgate, restrained by rope, with a bullet hole in the exact center of the screen.”

Williams may not spell it out, yet it is obvious that Pammy is anticipating the moment the TV could fall loose. It doesn’t, but that is not the point. Williams is fascinated by the lies we tell and by how our imaginations work. Reality is only a part of fictions that are all too realistic – and believable.

Gloria is a heavy drinker, as are several of the women in the stories. She is on her way to visit a friend undergoing a fourth divorce. People live hard in these stories, not because of poverty or even pain, but just because of living. In fact, even thinking proves tricky; no one is easy in their heads. Gloria’s friend has a daughter but, as she hadn’t seen them for years, she “probably wouldn’t even recognize Gwendal”.

As she waits for her flight, she overhears a woman speaking on a nearby pay phone. Among the jumble of words is a statement: “If anything happens to this plane, I hope you’ll be satisfied.” Restless, rootless Gloria meets up with Jean, whose plight appears no more than bland.

Far more intriguing is the daughter. Children and dogs invariably steal these stories. The dogs, aside from the ones that drown or are given to drinking from toilet bowls, are clever and more dignified than the humans. A dying woman recalls putting hair dye on her dog’s muzzle when he began to go gray. “He was only about a year old . . . The things I used to do. The way I spent my time.”

Williams, in common with one of her literary mentors, Flannery O’Connor, is never sentimental. The children are terrifying, already wised-up to life in an adult world that stinks. “You drink too much” the girl observes. “You’re always drinking something.” Hurt, Gloria swiftly counters with: “I’m dying.”

Gwendal is intrigued by the freedoms dying confers: “So there are compensations.” The girl’s thoughts are racing, and she suggests that she writes Gloria’s biography. Gloria realises that she has not “figured out exactly where she wanted to go to die”.

Breaking in and out

Joy Williams, who was born in 1944, has written four novels. Among them is Breaking and Entering (1988), in which a married couple accompanied by her stoic white German shepherd, break into vacation homes in Florida. They don’t steal anything; they just need to be away from themselves and in the life of someone else.

It is an episodic, anecdotal narrative because Williams, at heart, is a short story writer. For all her digressions, asides and inspired mastery of ambivalence, she takes a glance at an event and hones in on it. Her theme is that grown-ups are careless and usually scared. There is a relaxed ease about her prose, but she is deceptively exact, never losing sight of the subject which preoccupies her.

“To put it simply” explained the late Harold Brodkey of Williams, “for her, the human personality is of the most interest and the most truth when it is put under the most extreme pressure.” Brodkey saw the truth of her writing in its complete American-ness.

In The Farm, which was anthologised by Richard Ford in his New Granta Book of the American Short Story (2007), Williams writes: “There is a certain type of conversation one hears only when drunk and it is like a dream, full of humor and threat and significance, deep significance. And how one witnesses things when drunk is different as well. It is like putting on a face mask against the surface of the sea and looking into things, into their baffled and guileless hearts.”

Taking Care, in which a preacher tends his ailing wife, abandoned granddaughter and dog, is perfection. There are many of these gathered in a wry and vital volume that readers will place where it belongs alongside Ford, O’Connor, Wolff, Eudora Welty, Peter Taylor, Denis Johnson, Shirley Jackson, James Salter and Ron Hansen.

The only problem with The Visiting Privilege is attempting to review it adequately: there are too many good stories. Among the finest, though, is a new one In In the Park, Ranger Preyman, still attempting to make sense of life, gazes at a photograph of an alligator. At first he failed to notice the heron in its jaws. “Then came the awareness of the delicate, collapsed presence within.”