The Virginity of Famous Men review: Getting down and dirty 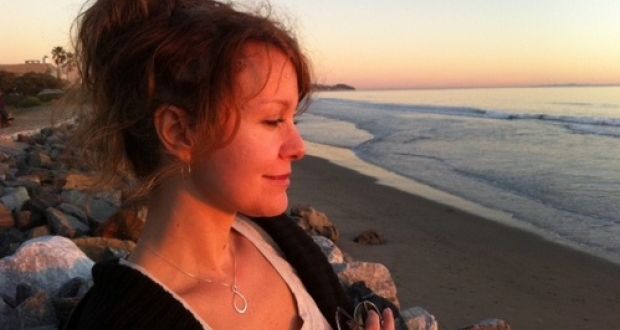 Christine Sneed: The stories in “The Virginity of Famous Men” are “fast-paced and full of action”

Chicago author Christine Sneed is the latest to get down and dirty. Her second collection, The Virginity of Famous Men, comprises 13 stories centred on desire, sex and the eroticism of celebrity. Richly drawn and authentic, the characters offer glimpses of their lives – or in one case, a humorous synopsis – that make for compulsive reading. The stories are fast-paced and full of action, with Sneed often pairing two unlikely events instead of the singular inciting incident.

Older Sister sees a vulnerable college student rein in her drinking after being raped at a campus party at Georgetown University. Alex drinks for “the blurry euphoria, the sloppy, ephemeral feeling of godliness before the puking set in” but wonders: “Why didn’t she just stop drinking before she got drunk if she was so worried about guys raping her?”

The epiphany of just how miserable her situation is comes with the announcement – and poignant arrival – of an unknown older sister.

In Whatshisname, the narrator’s boyfriend Josh gets a bad knock on the head and wins the lottery in the same week. His hopes for helping orphans are given a dose of reality when he notices the new pedicures and car the nuns have bought with his funds.

In both these stories, and in the collection as a whole, Sneed refuses to cave to the unrealistic hopes of her characters.

The author of one previous collection and two novels, Sneed has already made a name for herself in the US. She has won the Grace Paley Prize in Short Fiction and Ploughshares’ John C Zacharis First Book Award. The Virginity of Famous Men is her second UK release, following the publication of her novel Paris, He Said by Bloomsbury last year.

Her writing is the vein of her contemporaries Jennifer Egan and Amy Hempel and is sharp, funny and full of insights into modern life: “Americans romanticize struggle and hard work but do not, in fact, like to work hard”; “Rejection is the relentless, powerful hazing that disables ninety-seven out of a hundred talented people”; “Men could continue to make their offerings to the gene pool until, in many cases, they were coffin ready.”

Sex, or its absence, is a feature in most of the stories. In The Prettiest Girls, an older male film scout is seduced by a young Mexican woman “so beautiful that worry over losing her crouched in my gut like a venomous toad”.

The Functionary features a 1984-esque dystopia where underground bunkers, sinister bureaucracy and serviceable sex with a colleague sit unsettlingly beside a tale of dead women.

Roger Weber Would Like to Stay sees narrator Merilee debate the merits of a handsome ghost lover over her sometimes all-too-human boyfriend Brian. Words That Once Shocked Us gives a moving picture of loneliness as an abandoned wife struggles to convince a co-worker not to cheat on her husband.

Love, or its absence, is what makes the stories sing. In Five Rooms, a teenage narrator is a convincing voice, somewhere between disaffection and compassion, as she relates the tale of a blind man whose girlfriend has just dumped him: “She wants a guy who won’t trip over a seam in the linoleum when he’s trying to walk from the kitchen to the bathroom.”

Clear Conscience features recently divorced Michael trying to resist the temptation of his brother’s wife, whose searing loneliness in her own marriage has caused her to look elsewhere.

Even on difficult topics, Sneed is a naturally funny writer. Michael has to deal with his ex-wife’s blog, “where he was referred to alternately as the Tightwad and the Crocodile, and sometimes, more inexplicably, the Mole”.

In Beach Vacation, Jan wonders when her privileged teenage son turned into the type of boy who feels his mother does nothing but limit him, her honesty resulting in a brutal epiphany about maternal love.

Hollywood celebrity and uber-fame are explored in both The First Wife and the titular story that ends the collection. Through the lens of those close to the stars, we learn how fame corrupts.

“It was like being married to the president of an enormous country where nearly everyone was offering him sexual favours, ones he really wasn’t scorned by anyone but me for accepting,” says Emma, the jilted wife.

Will Ivins and his famous father Renn – characters revisited from Sneed’s debut novel – give another bleak picture of celebrity. As they vie for the same women, the rivalry between them pits youth against fame.

In Sneed’s sardonic worlds both are shiny things that will inevitably fade. Sex may sell, she seems to be saying, but people need much more than that to endure.