The Vanishing Half: Indelible tale of race and ‘passing’ for white 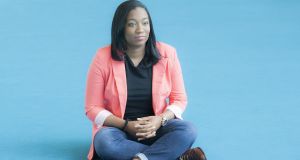 Among Brit Bennett’s gifts as a writer is her control of narrative time. The opening sentence of her second novel covers decades, compressing her story about identical twins whose divergent lives reflect the consequences of racism in the US. It also includes a close-up of a character eager to share big news. Intimate and expansive, gripping and carefully crafted, the single, mesmerising sentence hints at what’s to come.

The Vanishing Half spans the 1950s to the 1990s. It is resolutely non-linear as it tracks Stella and Desiree, who grow up in Mallard, a small black town in rural Louisiana. As children the twins witness their father being lynched by white men. At 16 they run away together. Stella abandons Desiree, and years later they inhabit different worlds.