The Travelling Cat Chronicles review: a touching story of friendship 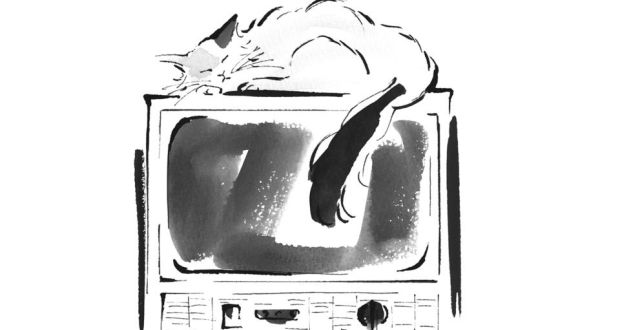 Cats hold an important place in Japanese culture and literature, frequently appearing as good luck charms capable of bringing blessings to anyone who honours them

What do Franz Kafka’s Metamorphosis, Richard Adams’ Watership Down and Paul Auster’s Timbuktu all have in common? They are each narrated by or feature animals as their central characters. (Giant insect, rabbits and dog respectively.) To their number, we can now add Hiro Arikawa’s delightful The Travelling Cat Chronicles, an enormous success in the author’s native Japan and the first of her books to be translated into English, notably by Philip Gabriel who is best known for his translations of that other Japanese sensation, Haruki Murakami.

The novel is narrated by Nana, a stray cat who, after being hit by a car, allows himself to be taken in by a young man named Satoru while he recuperates. It’s a cushy number. All the “crunchies” he can eat, a warm bed, a friendly human and the occasional walk. He’s entirely self-sufficient and, like a member of the witness protection programme, is always ready to leave at a moment’s notice but he grows fond of his new master and, once recovered, decides to stay.

Some years later, however, things have changed in Satoru’s life and, regretfully, he needs to give Nana away and thus begins their travels together in search of the cat’s new home. Why Satoru has to part with his beloved friend is a mystery at first but our understanding grows in tandem with Nana’s and it will be a cold-hearted reader who finds himself unmoved by his predicament.

The episodic structure of the novel works well, with man and cat travelling in their silver van to the homes of various friends around Japan only to find that each one is unsuitable. And while our narrator remains patient, it’s Satoru who inspires our sympathy. An orphan from a young age, it’s clear that the only vague connection he has with the outside world is with friends from childhood with whom he has lost touch over the years. He has no girlfriend or boyfriend, no career and only a distant aunt to call family, and his loneliness is only relieved by the loving bond he builds with Nana. It’s a poignant depiction of isolation but also of a kind man, for Satoru’s simple decency is evident on every page. He’s so sympathetic, in fact, that one wonders why he’s alone at all and if there’s anything missing from the novel, it’s an explanation for his solitude.

In the wrong hands, a story like this could be little more than an entertaining curiosity, but Arikawa has a lightness of touch in her writing that elevates it to a tale about loyalty and friendship, eschewing sentimentality while speaking to our basic human need for companionship.

Cats hold an important place in Japanese culture and literature, frequently appearing as good luck charms capable of bringing blessings to anyone who honours them. They feature prominently in Murakami’s novels The Wind-Up Bird Chronicle and Kafka on the Shore. Familiar ethnic totems such as the maneki-neko, or “beckoning cat”, that adorn the windows of shops and restaurants can be found around the world and one needs to recognise this is in order to appreciate Nana’s insight. A feline narrator might seem amusing or gimmicky to Western readers but it has a much richer significance for the Japanese.

It is to their credit that British publishers are currently bringing more contemporary Japanese writers to our attention. Works by Sun-Mi Hwang, Yoko Ogawa, Hiromi Kawakami and Yoko Tawada have all been well received of late while Takashi Hiraide’s The Guest Cat – another cat! – was a great commercial success, the eponymous hero reuniting an estranged husband and wife. Hiro Arikawa is a well-known writer in her native country and, on the basis of this novel, it would be a treat to see more of her work translated.

In all honesty, I’m more of a dog person myself – a Cavalier King Charles spaniel named Zaccy Connolly-Boyne was a great friend for many years – but ultimately, it’s the wisdom and stoicism of the feline narrator that makes this book such an engaging read. Like Alison Jean Lester’s recent Yuki Means Happiness, it provides a fascinating insight into Japanese culture and traditions, but ultimately it doesn’t matter that it’s about a man and a cat. Like Of Mice and Men or The Kite Runner, Arikawa’s central concern is friendship and the things we’ll do for the people, or animals, that we love.