What strikes you most about this remarkable memoir is its joyous absorption in literature in general, and food-writing in particular 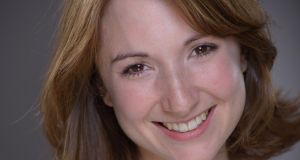 At 13 Laura Freeman began to limit her intake of food; at fifteen she had out-and-out anorexia

Book Title:
The Reading Cure: How Books Restored My Appetite

“Book dishes draw saliva to the mouth,” Elizabeth Bowen wrote in 1946, in an essay extolling the result of a thoroughgoing immersion in all kinds of reading material. Whetting the appetite, though, for Laura Freeman, is not merely a question of pleasant anticipation but a matter of life and death. At 13 she began to limit her intake of food; at fifteen she had out-and-out anorexia. A year in bed followed, and then a gradual recovery over the next decade. During this period, her abstemious eating is countered by voracious reading – and bit by bit, a variety of “book dishes” begin to work their life-affirming effect.

Dickens, Siegfried Sassoon, Robert Graves, Laurie Lee, Patrick Leigh Fermor, Virginia Woolf, Frances Hodgson Burnett: these, and others, are recruited to the army of amelioration. The enemy – illness – is equated with Lewis Carroll’s Jabberwock, a fearsome creature with huge bat wings, tiger claws and a dragon tail. The battleground is the dinner table, where “Looking-Glass” distortions prevail for quite a long time. But not for ever. To the question, “And, hast thou slain the Jabberwock?”, Laura Freeman’s answer must be, “Very nearly.” At any rate, the creature is on its last legs, and this is due in large measure to the gastronomic delicacies evoked with such flair and seductiveness by a whole range of authors. Siegfried Sassoon’s eggs, Edmund Blunden’s blackberries, MFK Fisher’s fresh, flaking croissants: these, and many other delectable foodstuffs, open up a prospect of nourishment undreamt of in the days of bare subsistence.

The Reading Cure takes an unusual approach to literary evaluation. Therapy – reading for a purpose – comes into it, but what strikes you most about this remarkable memoir is its joyous absorption in literature in general, and food-writing in particular. It is lyrical, exuberant, optimistic and engaging. However – and here I should perhaps declare an interest, or a prejudice – with its Dickensian superfluity of roast beef, rabbit pie, beef sandwiches, roast goose, roast quail, half an ox, sausages, bacon, veal, Yorkshire pudding, trout, oysters, cold mutton, partridge, pheasant, and so ad nauseum, the book (or this side of it) makes uncomfortable reading for a vegetarian. When Freeman quotes Virginia Woolf on “the carnal splendour of the butchers’ shops” (is “carnal” the right word here? Wouldn’t “charnel” be more appropriate?) – when she quotes this line by Virginia Woolf, I immediately align myself with Walter de la Mare’s “I can’t abear a butcher,/I can’t abide his meat.” At the risk of being labelled niminy-piminy, and unlike Mr Leopold Bloom, I draw the line emphatically at the inner organs of beasts and fowls.

Fortunately, as an antidote to anorexia, not every book-feast included here comes into the category of a carnivore’s Cockaigne. Elizabeth David – though no vegetarian – commends to the full ripe figs and delicious oranges, raviolis filled with cream cheese and parsley, summer puddings and mulberry-syrup water-ices. Mary Frances Kennedy Fisher has an enticing dish of celery baked in butter, Bechamel sauce, Gruyère cheese and breadcrumbs. And, “I was with her on her recipe for trifle,” says Laura Freeman. Things are looking up. But then, another “enemy” is encountered in these pages. If not quite on the level of a Jabberwock, it is none the less something to be shunned like the fruminous Bandersnatch. It is “clean eating, green eating”. Having succumbed, if largely in the realm of the imagination, to the allure of milk and honey, of saffron buns and “frabjous new potatoes”, the author is then assailed by the siren voices of the minimalists, the culinary killjoys (as she comes to see it). If there is no charm in gluttony, no sanity in rapacity, neither is there health in faddism: “this isn’t food, this is freakery”.

If food-freakery nearly scuppers Freeman’s hard-won appetite, it proves in the end to be just a misguided turning on the road to recovery. She quickly comes to her senses (or some of them). The experience of going along with “clean eating”, however, and then taking a scunner at it, has bred in her alarm at the idea of an avocado, and considerable animus towards almond milk. Is this altogether a balanced attitude? Is she too hard on chia seeds and aduki beans? Perhaps, but no matter: the power and fascination of Freeman’s narrative – especially with regard to its bookish aspect – is such that you are cheering the author on, in her quest for a diet adequate to accommodate all her particular needs and tastes and eccentricities. The Reading Cure is brave and buoyant, as well as being delightfully written.

Patricia Craig’s most recent book is Bookworm: A Memoir of Childhood Reading.